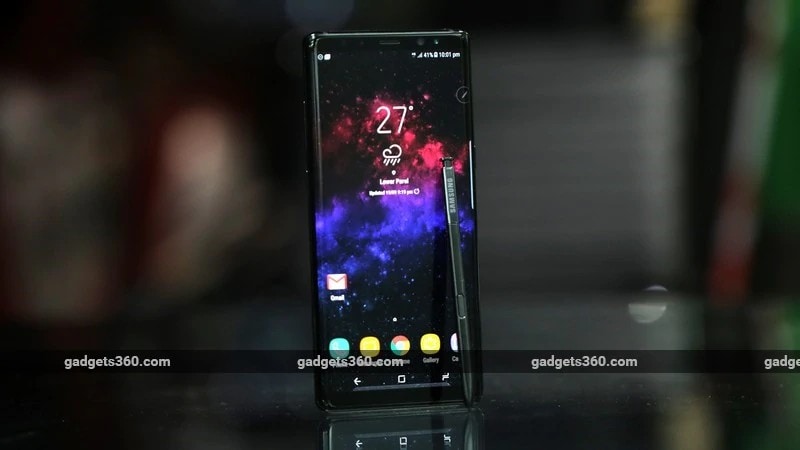 Samsung has reportedly begun the rollout of a new software update for the Galaxy Note 8 that brings the Android security patch for March. Additionally, the company has reportedly also released a software update for the Galaxy S8 that upgrades the Android security patch to March level on the 2018 flagship. The update for both the smartphones appears to be a staged one and is available to users in a handful of countries as of now and is expected to roll out widely in the upcoming weeks.

The latest update for the Galaxy Note 8 is reportedly the second Android Pie-based update for the Galaxy Note 8 after it started receiving the stable Android Pie update last month. As for the new update, it is reportedly available to users in Romania, Switzerland, Bulgaria Taiwan and a few Nordic countries. However, it appears that Samsung is yet to release the changelog for the new Galaxy Note 8 update that has a build number N950FXXS5DSB4. We tried to download the update and can verify that it is not yet available for Galaxy Note 8 users in India via the stable channel. The release of the software update was sighted by SamMobile.

The Galaxy S8+ has also reportedly started receiving a new software update that brings the March Android security patch. The firmware number of the update is G955FXXU4CSB9 and it is reportedly available only for Galaxy S8+ users in Uruguay who have availed Claro's telecom services. The update's rollout for the Galaxy S8 was spotted by SamMobile. As for the March security patch, it fixes eight critical vulnerabilities in the Android OS and eleven SVEs (Samsung Vulnerabilities and Exposure) that are exclusive to Samsung smartphones.

Facebook Pulls but Then Restores Warren Ads Aimed at Big Tech
World Wide Web Turns 30: A Look at the Development of the Internet