Samsung Galaxy M33 5G specifications have also been teased on an Amazon microsite. 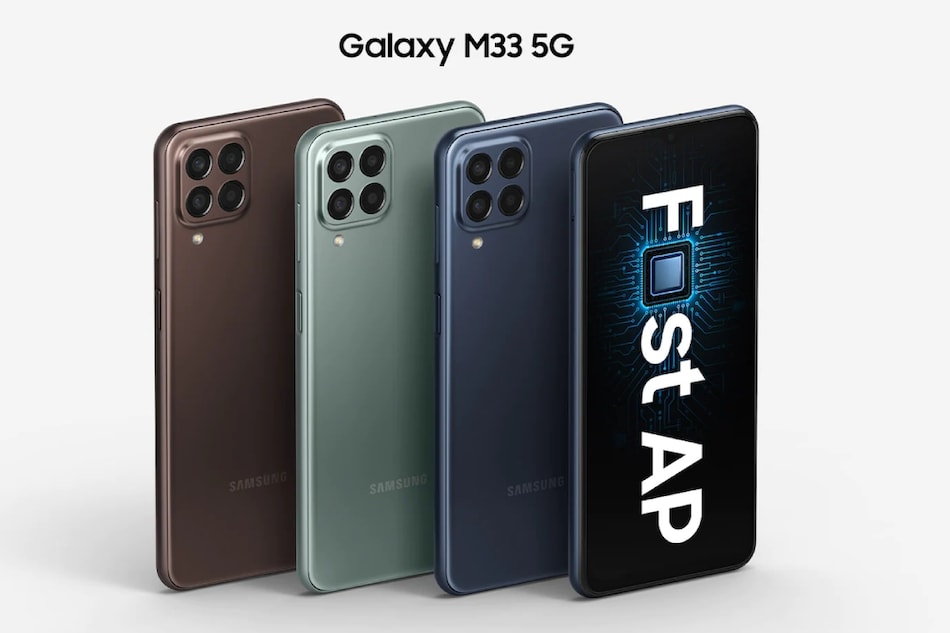 Samsung Galaxy M33 5G India launch will take place on April 2 at 12pm IST. The launch date has been confirmed via an Amazon microsite dedicated to the midrange offering from the South Korean tech giant. The handset will be powered by a 5nm octa-core processor and pack a 6,000mAh battery with support for 25W charging. The Samsung Galaxy M33 5G is tipped to sport a 6.6-inch LCD display with a 120Hz refresh rate. The upcoming smartphone from Samsung sports a quad rear camera setup. Details regarding the India pricing of the Galaxy M33 5G is yet to be revealed. Eager buyers have the option to click on the ‘Notify Me' button on Amazon to get an alert when the smartphone goes on sale.

Samsung Galaxy M33 5G will pack a 5nm octa-core processor under its hood, as per the Amazon microsite. The smartphone will be available in two RAM and storage variants — 6GB + 128GB and 8GB + 128GB. The Amazon listing also confirms that the Samsung Galaxy M33 5G is equipped with a 6,000mAh battery with 25W fast charging support.

The Galaxy M33 5G sports a quad rear camera setup, as seen on the Amazon listing. The smartphone is tipped to feature a 50-megapixel primary sensor, a 5-megapixel ultra-wide angle camera, and two 2-megapixel macro and depth cameras. The smartphone is also expected to sport an 8-megapixel camera for selfies and video calls.

The handset is also expected to feature a side-mounted fingerprint sensor along with a 3.5mm headphone jack, according to the tipster.