Poco F4 5G is said to be the rebranded version of the recently launched Redmi K40S. 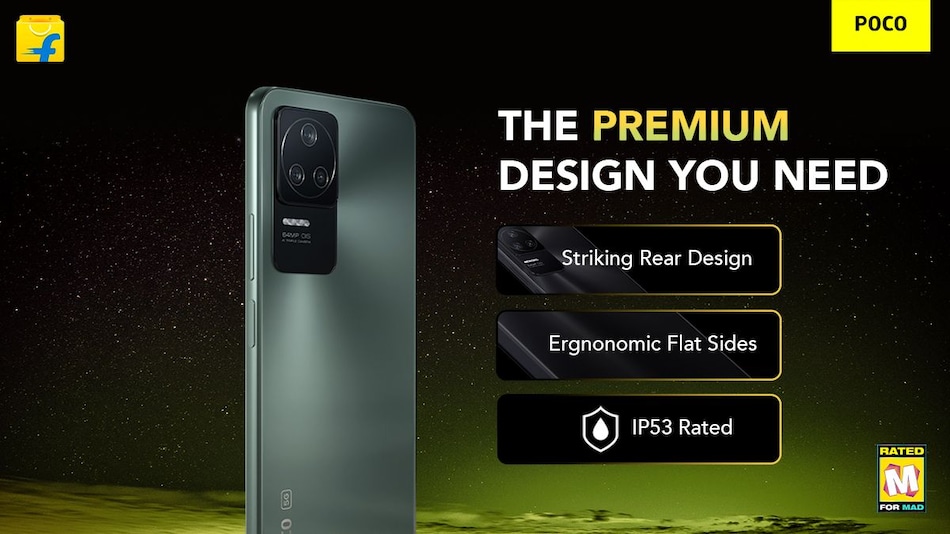 Xiaomi 12 Lite 5G and Poco F4 5G variants and colour options have been tipped. The upcoming Xiaomi smartphone is said to come in one storage configuration and three colours, and the Poco smartphone is said to come in two storage and three colour options. Xiaomi 12 Lite 5G is reportedly going to get a Qualcomm Snapdragon 778G+ SoC and a 108-megapixel primary rear camera. The Poco F4 5G is said to be a rebranded Redmi K40S that was launched in China in March.

According to a recent report, Xiaomi 12 Lite 5G may feature a 6.55-inch OLED display with full-HD+ resolution and 120Hz refresh rate. The smartphone is said to get the Qualcomm Snapdragon 778G+ SoC. It is said to get a triple rear camera setup with a 108-megapixel primary sensor. The handset may feature an in-display fingerprint sensor and IR Blaster support that enables users to control set-top boxes and Blu-ray players that can receive IR signals. The smartphone is also expected to get NFC support and a dual stereo speaker setup.

Poco F4 5G is said to be a rebranded version of the Redmi K40S that was launched in China in March, as per another report. The smartphone is said to feature a 6.67-inch AMOLED display with full-HD+ resolution and 120Hz refresh rate. The report added that the alleged live images of the smartphone signaled towards a single colour option, a 64-megapixel AI triple camera setup, and a side-mounted fingerprint sensor.

Poco recently confirmed some key specifications of the Poco F4 5G. The smartphone will be powered by the Snapdragon 870 SoC and will also feature with the LiquidCool 2.0 technology. The company has also shared that the upcoming handset will get up to12GB LPDDR5 RAM. Poco also confirmed that the phone will get a 256GB UFS3.1 ROM. Lastly, smartphone is also confirmed to come with IP53 water and dust resistant rating along with ergonomic flat sides.