Xiaomi has revealed that the MIUI Beta update for these smartphones is over 4GB in size. 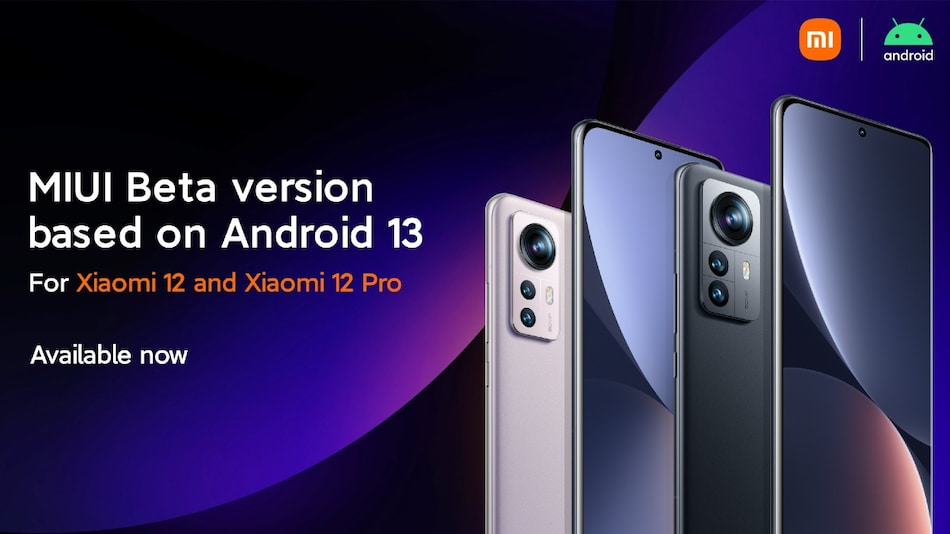 Only 200 Xioami 12, Xiaomi 12 Pro users will be a part of the first wave of this update

Xiaomi announced on Monday that is rolling out a MIUI beta update for Android 13. This beta version is available for the company's Xiaomi 12 and Xiaomi 12 Pro handsets. However, the Chinese tech giant has announced that only 200 users will be given access to the Android 13-based MIUI beta during the first wave of updates. Xiaomi has warned users that the update process might take longer than usual. Furthermore, the smartphone could get overheated or face performance issues after the update, according to the firm.

????Exciting news! MIUI Beta for #Android13 is available now.????#Xiaomi12 and #Xiaomi12Pro users who are interested can apply to join the first wave through this link now!
????Link: https://t.co/bWXQMOGntq

*Please note that Xiaomi Community is not accessible in India. pic.twitter.com/qbvZE177US

In addition, Xiaomi mentioned in a community post that beta testers should make a backup of important data before updating their smartphones. The update process is expected to take longer than usual, and the device may face overheating and performance issues after the update, according to the company.

The handset could take some time to adapt to the MIUI beta. Some third-party applications may not be compatible with Android 13 and may not function properly, as per the Chinese smartphone manufacturer.

On Tuesday, Vivo also announced a similar Android 13 beta update as part of its Android 13 Preview Program in India. The company asked Vivo X80 Pro users to register for getting the Funtouch OS 13 update that will roll out on August 23. Vivo subsidiary iQoo also announced that that iQoo 9 Pro owners can apply to join the company's Android 13 preview program.