Vivo X80 Pro and iQoo 9 Pro users will have to update to the latest stable version before registering. 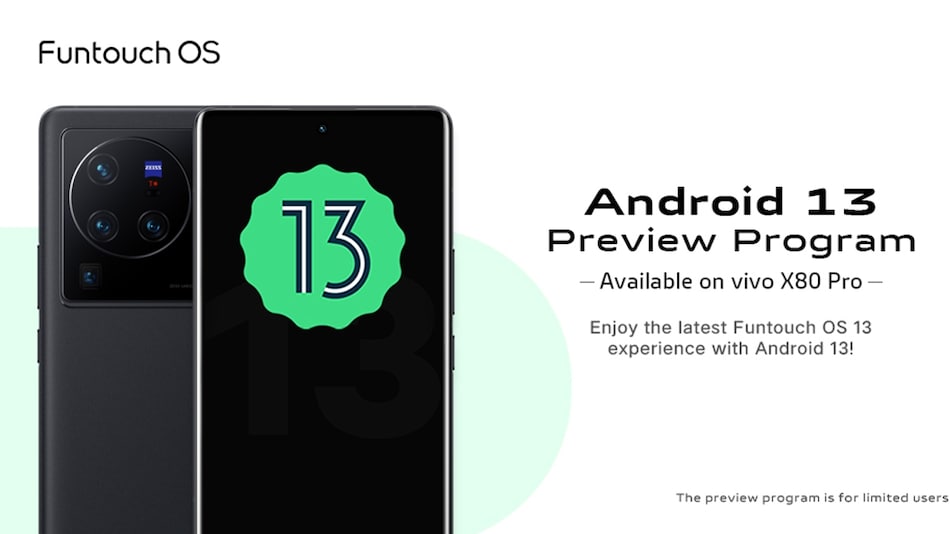 Selected Vivo X80 Pro, iQoo 9 Pro users will get this update on August 23

Vivo X80 Pro and iQoo 9 Pro users will be eligible to sign up to try Android 13 previews ahead of the official rollout, the companies announced on Tuesday. Eligible smartphone owners who sign up for the preview program will receive an update on August 23, according to Vivo and iQoo. It is worth noting that only 500 users will be accepted into either programme. These users will get access to the upcoming Android 13-based Funtouch OS 13 on their smartphones. However, users have to ensure that their smartphones are updated to the latest stable build before registering for the programme.

Vivo posted a tweet on Tuesday announcing that Vivo X80 Pro users can register for the Android 13 Preview Program. The company will only accept 500 users into the program. In order to sign up, users have to update their smartphone to the latest system version 12.0.12.7. Users who are selected will then be able to test out Funtouch OS 13 from August 23.

iQoo shared a similar tweet on Tuesday for iQoo 9 Pro owners. Prior to signing up, users have to upgrade their smartphone to system version 12.0.5.8 or above.

Several other Vivo and iQoo smartphones are believed to be eligible for the Android 13 update. However, the companies have not officially revealed a complete list of supported devices.