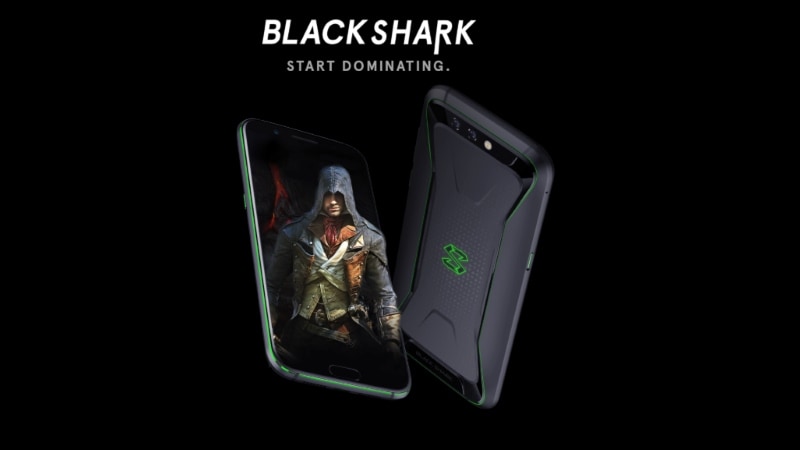 Xiaomi-backed Black Shark is set to launch its second generation gaming smartphone, according to a post on Chinese social media site Weibo made by Xiaomi Product Director Wang Teng Thomas. According to a Google Translation of the original Chinese post, Thomas says he has seen the upcoming device and describes it as “full of personality, very cool” and “too fast”. Thomas goes on to describe his excitement when he launched the original Black Shark model nine months ago, indicating that the company is keen to keep the product line active. The post quotes another post by Xiaomi founder Lei Jun asking fans for feedback and suggestions for future Black Shark models.

In early January, a device codenamed ‘Black Shark Skywalker' appeared in the Geekbench online database, featuring the unreleased Qualcomm Snapdragon 855 processor and 8GB of RAM. It is likely that this was a device under development being tested internally, and is the same one being referred to by Thomas in his post. The device being tested was running Android 9 Pie and achieved scores of 3,494 in the single-core test and 11,149 in the multi-core test.

Considering its specifications, the upcoming Black Shark 2 could be announced soon. Several other devices based on the Snapdragon 855 are expected to launch at or around the time of the MWC 2019 trade show later this month.

The original Black Shark was launched exclusively in China in April 2018 and went on sale to buyers in the UK and Europe in November. The device is based on the Snapdragon 845 SoC and also has up to 8GB of RAM and 128GB of storage, a 5.99-inch screen, a liquid cooling system, and a 4000mAh battery. Buyers also get a free game controller called the Black Shark Gamepad in the box with each device. A refresh called the Black Shark Helo was launched in October, with a slightly larger 6.01-inch display and up to 10GB of RAM and 256GB of storage. The Black Shark Helo is still available only in China.

No specifics of the possible launch date or price of the next-generation Black Shark 2 have been announced. It also remains unclear whether the company will launch it in countries other than China. Interestingly, in a reply to his original post, Jun characterised Black Shark as an independent team that Xiaomi is an investor in.