OnePlus 8, OnePlus 8 Pro Launch Impressions: Are They Too Expensive to Succeed in India?

Arriving on schedule against all odds, these two phones redefine OnePlus as a company 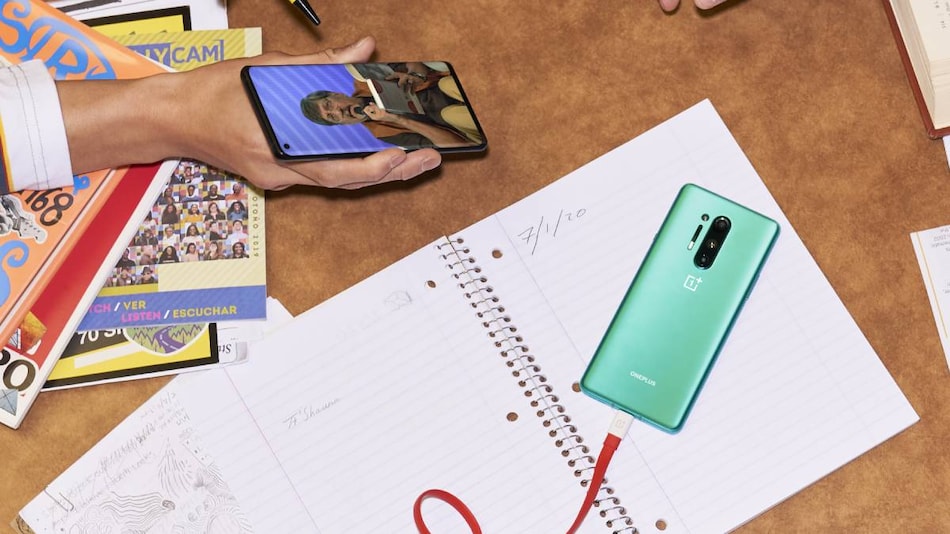 A global pandemic doesn't seem to have been enough to deter OnePlus from going ahead with launching its latest phones, the OnePlus 8 and OnePlus 8 Pro, via a video stream on Tuesday. The biggest problem with this launch is that the products aren't going to be available for a while – especially in India, the company's biggest market, where logistics are stretched to their limits, retail is all but frozen, and few people are in the mood to splash out on a luxury phone upgrade. The optics are certainly questionable – even nearly two months after MWC was cancelled, no other brand is putting on this kind of show.

By going ahead with this launch, OnePlus is also telling us that it isn't too worried about its manufacturing and supply chains being impacted by global slowdowns and social distancing. Its ambitions also stretch way beyond India now. Where and how the devices will actually be available remains to be seen over the next few weeks.

Pricing is sure to raise many eyebrows and annoy long-time OnePlus fans – even the company's old “Never Settle” slogan wasn't nearly as prominent as it has been before. Starting at $699 (approximately Rs. 53,100 before taxes) in the US for the base OnePlus 8 variant and going up to $999 (approximately Rs. 75,890) for the top-end OnePlus 8 Pro, these will be the most expensive OnePlus models yet by far, eclipsing even past McLaren special editions. They take on Apple and Samsung's flagship models and are unapologetic about it. The official India prices are set to be announced later this month.

So let's talk about the phones themselves. OnePlus has, predictably, used the current flagship Qualcomm Snapdragon 865 processor for both the OnePlus 8 and the OnePlus 8 Pro. This means that both phones support 5G – though that doesn't make much difference in India yet. The rest of the core specifications are top-notch as usual, including generous amounts of the fastest varieties of RAM and storage, plus the latest connectivity standards.

Both models get overhauled camera hardware, though curiously the more affordable OnePlus 8 has only three rear cameras, not four, in keeping with current trends and buzzwords. The OnePlus 8 Pro offers a useful 3X optical zoom and a unique “colour filter camera” that promises to allow for some artistic effects. Photography capabilities might be a strong line of differentiation between the siblings but it will hurt the OnePlus 8, which has to compete against the iPhone 11 (Review), Samsung Galaxy S10 family, and similar flagship-level models from top brands.

Both the OnePlus 8 and OnePlus 8 Pro now have the same small hole-punch front cameras – the previous two Pro models had trendy pop-up modules to set themselves apart from their more affordable siblings. The two are available in black and an unconventional green, with a third colour option unique to each model. Outward style isn't much of a differentiating factor anymore – choosing between the two will come down to physical size and features.

The OnePlus 8 is relatively more compact, though a 6.55-inch screen is not small by any means. The OnePlus 8 Pro has a 6.78-inch panel and we will see for ourselves how practical this model will be for everyday use. The more expensive sibling has a higher QHD+ resolution and a 120Hz refresh rate; another step up from full-HD+ and 90Hz.

The biggest features that set the OnePlus 8 Pro apart from its sibling are its cameras, display quality, IP68 rating for water and dust protection, and wireless charging. The latter two are both long-requested features and it's interesting that they've been used as differentiators. OnePlus has developed its own 30W wireless charging standard which will require you to buy the company's proprietary charging cradle. The official price of that accessory has not yet been announced.

All things considered, what we have here are two phones that seem to be quite polished and capable, and are pretty much in step with current trends and expectations. However, the OnePlus 8 and OnePlus 8 Pro are only slightly different compared to the models they replace, and are in fact more expensive. The company has steadily raised its prices with each new generation, and these new phones are well out of “value flagship” territory. They will be competing as equals against Samsung's latest Galaxy S and Galaxy Note series, and Apple's iPhone 11 family.

Even if the world was spinning as usual and these two phones had been launched without the constraints we face today, fans might be put off by the pricing and strategy. By all appearances and accounts, the OnePlus 8 and OnePlus 8 Pro are not revolutionary new products and do not introduce any absolute must-have features. There is no pathbreaking new design. In fact, there's nothing at all that could not have waited a few weeks.

The bright spot here is that there's clearly room for OnePlus to succeed with a much more affordable OnePlus 8 Lite model – as has been heavily rumoured and potentially leaked. This would be truer to the company's original mission and give fans something much more within reach.