The near-flagship Snapdragon 870 SoC is the main attraction here. 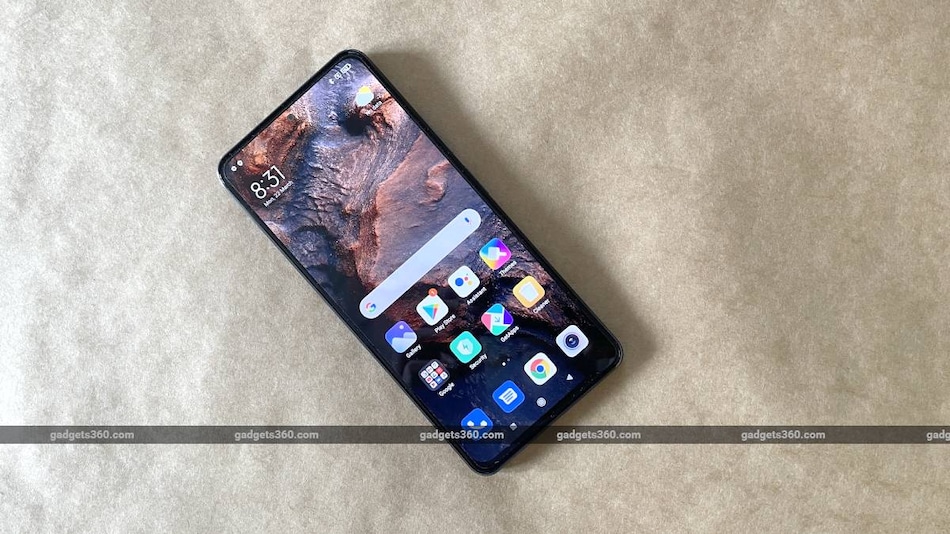 Xiaomi's brand new Mi 11 Ultra “superphone” and 75-inch QLED TV might be getting all the attention after last week's big launch event, but it's the much more affordable Mi 11X that we're going to be focusing on today. While still relatively affordable even by “flagship killer” standards, the Mi 11X looks like an aspirational phone that offers up-to-date hardware, flexible cameras, and lots of little touches that set it apart from the low-cost crowd. It's priced starting at Rs. 29,999 and goes up against the OnePlus Nord (Review) and Realme X7 Pro 5G (Review), among others. Here's a quick first look at what the Mi 11X has to offer.

You have a choice of three colours, the fairly straightforward Lunar Whilte and Cosmic Black, plus a Celestial Silver option which looks like it has a slightly tinted gradient. The rear panel of my black review unit is extremely glossy and reflective, and picked up very visible fingerprints within moments of pulling off the protective plastic wrapper. Thankfully, a simple clear case is included in the box.

In terms of design, there are some similarities to the recently launched Redmi Note 10 series, particularly the flattened top and bottom, the fingerprint sensor on the side, and the layout of the camera module. The Mi 11X looks more sedate, though. If you think it looks very familiar, you might have seen coverage of the Redmi K40, which launched in China a little while ago, and appears to be pretty much the same phone with a different brand identity.

This is a relatively tall and wide phone, thanks to its 6.67-inch screen. The 7.8mm thickness and 196g weight make it relatively easy to handle, and the camera bump is not too pronounced. While glossy, the rear panel thankfully isn't slippery. There's Gorilla Glass 5 on the front as well as the rear, and interestingly the company claims an IP53 rating for water and dust resistance.

One of the big highlights is the Qualcomm Snapdragon 870 SoC, which we've also just seen in the OnePlus 9R (Review) and Vivo X60 Pro (Review), although both these phones are considerably more expensive. The Mi 11X is available with 6GB of LPDDR5 RAM for Rs. 29,999 but this variant seems rather pointless since you can get 8GB for just a little more at Rs. 31,999. Storage is 128GB (UFS 3.1) for both, and there's no microSD slot for expansion.

Another major feature is the high-quality display panel. Xiaomi has gone with a 6.67-inch full-HD+ 120Hz HDR10+ panel. The company claims an impressive peak brightness of 1300nits, and 100 percent DCI-P3 colour gamut coverage. The panel is also said to be power efficient to help extend battery life. While the hole for the front camera is surprisingly small, Xiaomi has once again added a silver ring around it which can be very distracting.

Speaking of that, there's a 4,520mAh battery which seems about average for this segment. The Mi 11X comes with a 33W USB-PD charger and should be able to charge fully in under an hour, according to Xiaomi. We'll be testing battery life and charging speed in our full review. Other noteworthy specs include Wi-Fi 6, Bluetooth 5.1, and dual-band GPS plus support for NavIC. In terms of audio, you get stereo speakers, Dolby Atmos enhancement, and wired and wireless high-res audio certification. Typically for a Xiaomi phone, there's an Infrared emitter on the top.

That brings us to the cameras – marketing takes a backseat here since there's no “quad camera” or 108-megapixel main sensor to boast of. Instead, you get a relatively humble-sounding 48-megapixel f/1.79 main camera, an 8-megapixel ultra-wide camera, and a 5-megapixel “telemacro” camera with 2X zoom, which sounds just like what we recently saw on the Redmi Note 10 Pro Max (Review). While these specs do sound basic, we'll have to wait for the full review in order to evaluate the quality of captured photos and videos. Xiaomi does say that the Mi 11X has three mics for improved audio recording.

As for software, Xiaomi ships the Mi 11 series with its MIUI 12, and there is some advertising and promotional content. The company has previously promised that all of this will disappear in MIUI 12.5 but we don't have a release date for that yet.

We'll dive into the general performance of the Mi 11X in our full review, coming up soon. We'll also evaluate its capabilities when it comes to gaming, photography, battery life, software, and general ease of use. Till then, do let us know in the comments section what you think about this phone and how it stacks up against the competition priced below Rs. 30,000.

Captain America 4 in the Works With The Falcon and the Winter Soldier Duo: Report
Oppo A74 5G to Go on Sale in India Today for First Time: Price, Specification, Offers