The Vivo V23 Pro has several hardware upgrades over the V21 and the V20 Pro. 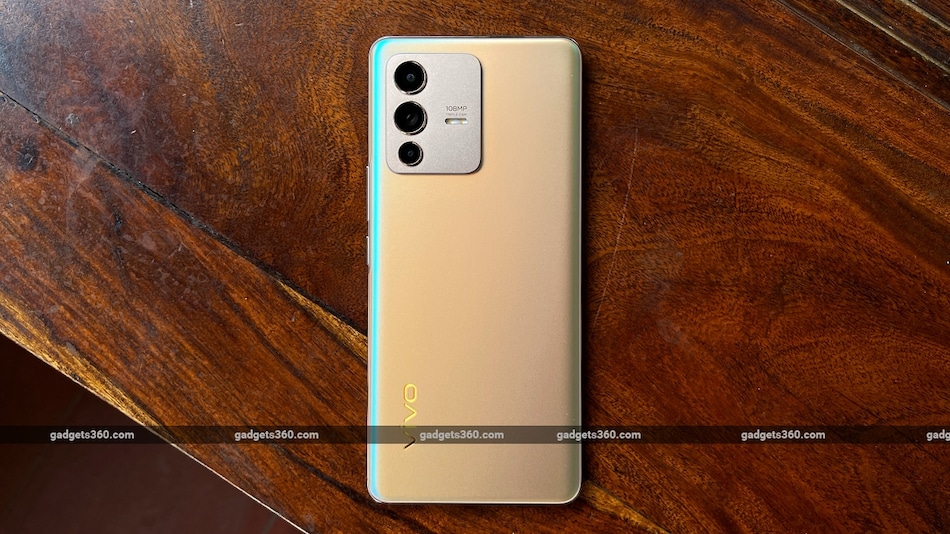 Vivo's V20 Pro was a good mid-range smartphone, as we concluded in our detailed review. However, Vivo skipped a ‘Pro'-branded model in mid-2021 and only announced the V21, which was followed by the more affordable Vivo V21e two months later.

It's been a year since the V20 Pro was launched, and now Vivo has finally announced the V23 Pro. It's packed to the gills with new hardware and features a fresh design. So, let's take a closer look at this Vivo V20 Pro upgrade and find out what's new.

The Vivo V23 Pro has a 6.56-inch AMOLED display with a medium-sized notch at the top

Just like the Vivo V21 and the V20 Pro, the V23 Pro has a slim and premium-looking design. The Vivo V23 Pro, unlike the V23, has a polycarbonate frame instead of metal but sticks with a glass back, which feels quite premium with its matte texture. The gradient finish of the glass back appears to change colour from gold to blue when viewed at different angles.

While the V23 Pro feels slim at 7.36mm, it's also quite light at 171g. There's a notched full-HD+ AMOLED display with a 90Hz refresh rate, which is curved on the left and right sides. The sides of the display glass curve into the frame and then meet the rear panel, which makes the phone appear very slim. However, the phone's rear camera module protrudes by a couple of millimetres.

The phone packs in a 6nm MediaTek Dimensity 1200 SoC, which is also available on the OnePlus Nord 2, the Poco F3 GT, and the premium Vivo X70. There's a dual-SIM tray which has space for two Nano-SIMs (with dual 5G standby) but no room for a microSD card. The phone also has a 4,300mAh battery and Vivo includes a 44W fast charger in the box.

The Vivo V23 Pro, just like the previous models in the V series, is all about a slim design and selfie cameras. However, this time Vivo has added a MediaTek Dimensity 1200 SoC and a 108-megapixel rear camera to the mix to make things more interesting. While I do expect better performance in comparison to the Vivo V20 Pro (Review) and the V21, the V23 Pro will have to take on mid-range devices like the  OnePlus Nord 2 (Review) and the Poco F3 GT (Review) along with some premium smartphones like the Galaxy S20 FE (Review) (and the upcoming Galaxy S21 FE). Vivo has also incorporated Android 12 into its custom Funtouch OS 12 skin, so it will be interesting to see how Google's Material You design philosophy merges with Vivo's Funtouch OS. Stay tuned to my full review, which will be out soon.