Why Is John Cena Better in The Suicide Squad Than Fast & Furious 9?

It's James Gunn vs Justin Lin, with the Guardians of the Galaxy director showing how to use wrestlers turned actors. 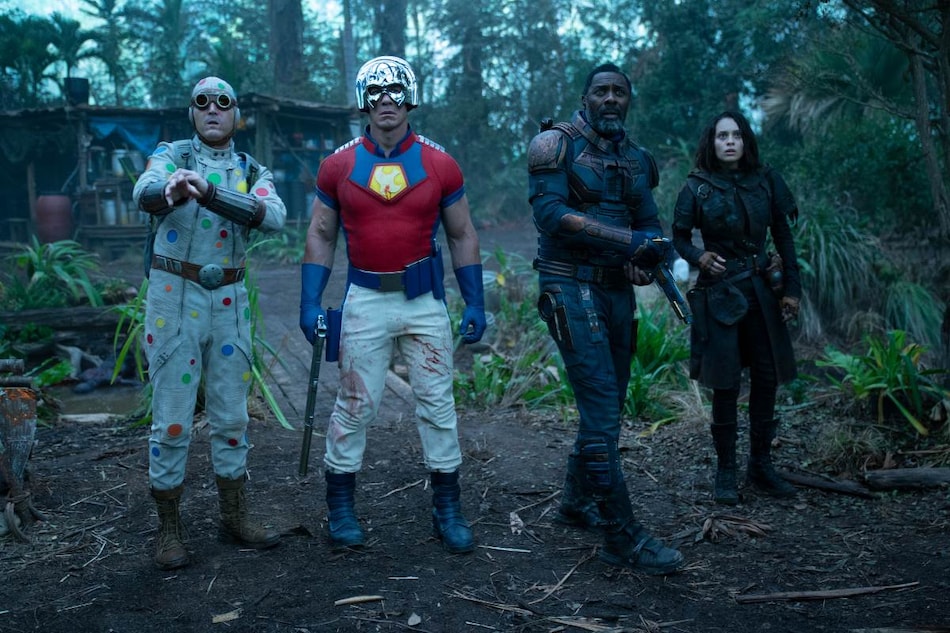 For John Cena fans in India, August is a terrific month. The Suicide Squad released last week, and Fast & Furious 9 is due next week. The former superhero film is essentially a soft reboot of the original Suicide Squad that came back in 2016. It features DC supervillains, to be precise, including the likes of Harley Quinn (Margot Robbie), Bloodsport (Idris Elba), King Shark (Sylvester Stallone), Peacemaker (John Cena), and Rick Flag (Joel Kinnaman). The two-hour movie is written and directed by Guardians of the Galaxy's James Gunn — the man who got fired and re-hired by Disney for his controversial tweets.

On this episode of Gadgets 360 podcast Orbital, host Akhil Arora talks with Chief Sub Editor Shayak Majumder, who is steeped in DC comic books, to discuss The Suicide Squad.

Spoiler alert: If you are planning to watch The Suicide Squad but have not yet watched it, you should not listen to our discussion right away and watch the movie first.

The Suicide Squad has some notable similarities with 2018's Deadpool 2. Although it has no direct relation with the film that was based on the Marvel Comics character Deadpool, the movie does have the storyline that is full of blood and deaths that reminds us of the earlier title.

James Gunn, the director and writer of The Suicide Squad, brings his own unique take on everything. One of the key things that makes the movie different from other superhero films that have a list of villains is the mass killing, even of main characters. Of course, Gunn promised this before the release.

The Suicide Squad Review: More Than DC's Guardians of the Galaxy

In the second half of the episode, Akhil is joined by Ali Pardiwala and Jasmin Jose, two of our Fast & Furious fans, to speak about the ninth chapter in the series, F9. The movie was released internationally in May and is coming to Indian cinemas on August 19. Universal Pictures had originally planned to release Fast & Furious 9 in 2020, but was delayed several times — one of which was due to the COVID-19 pandemic.

Spoiler alert: You should not listen to our discussion if you are planning to watch Fast & Furious 9 but have not yet watched it.

Fast & Furious 9 is directed by Justin Lin and is the sequel to Fast & Furious 8 (also known as The Fate of the Furious) that was released in 2017. Though honestly, there's little connect from one Fast chapter to the next. The nearly two-and-a-half hours long movie brings back Vin Diesel as Dominic Toretto with Cena playing his younger brother Jakob Toretto. Also returning are Michelle Rodriguez as Letty Oritz, Tyrese Gibson as Roman Pearce, Chris "Ludacris" Bridges as Tej Parker, among other actors.

Naturally, F9 continues the franchise's love for many unrealistic, physics-defying action scenes. The leading characters of the movie are also just invincible — a joke the movie itself is in on — and don't die even when they fall from a great height, or face a severe accident. They are essentially superheroes, like in The Suicide Squad.

We talk about all this and much more in our discussion. You can listen to it in detail by hitting the play button on the audio player embedded above. You can also follow the Gadgets 360 podcast on Amazon Music, Apple Podcasts, Google Podcasts, Spotify, and wherever you get your podcasts. Please rate us and leave a review.

New Orbital episodes release every Friday, so make sure to tune in regularly.