ISRO's LVM3-M2 mission will carry the heaviest payload with 36 satellites of OneWeb, becoming the first Indian rocket with a heavy payload of 5,796 kg. 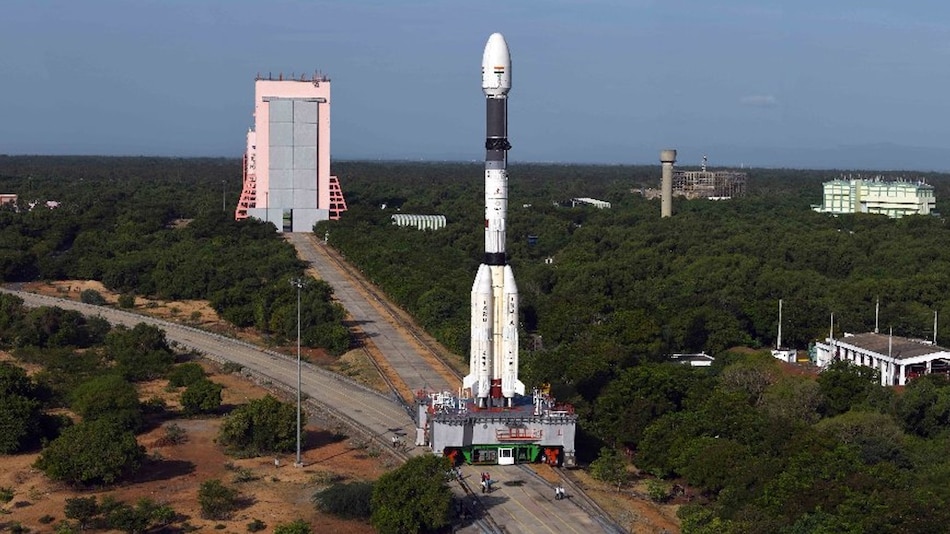 The Indian Space Research Organisation (ISRO) is all set to make its maiden commercial launch of 36 broadband communication satellites on-board the space agency's heaviest rocket Launch Vehicle LVM3-M2, the countdown for which began early on Saturday at Sriharikota spaceport in Andhra Pradesh.

The 43.5 metre tall rocket is scheduled to lift off from the second launch pad at the Satish Dhawan Space Centre in Sriharikota at 12.07am IST on Sunday.

The rocket is dubbed as one of the heaviest for its ability to carry satellites upto 8,000 kilograms.

Sunday's launch assumes significance as the LVM3-M2 mission is the maiden dedicated commercial mission for NewSpace India Ltd, the commercial arm of ISRO.

The mission is being undertaken as part of the commercial arrangement between NewSpace India Ltd and United Kingdom-based Network Access Associates Ltd (OneWeb Ltd), ISRO said.

According to the space agency, the mission would carry the heaviest payloads with 36 satellites of OneWeb becoming the first Indian rocket with a heavy payload of 5,796 kgs.

The launch is also first for LVM-3-M2 to place the satellites in the Low Earth Orbit (LEO-up to 1,200 kilometres above the Earth) unlike Geosynchronous Transfer Orbit (GTO).

ISRO scientists have rechristened the launch vehicle as LVM3-M2 from GSLV-MK III as the newest rocket is capable of launching 4,000 kilograms class of satellites into GTO and 8,000 kgs of payloads into LEO.

The total mass of 36 OneWeb satellites into LEO is about 5,796 kilograms.

GSLV-Mk III had four successful missions in the past, including the Chandrayaan-2.

The LVM3-M2 mission would give a boost to the space agency with the new launch vehicle to place satellites into low earth orbit, along with its trusted workhorse Polar Satellite Launch Vehicle (PSLV).

OneWeb Limited, is the UK-based customer for NSIL and it is a global communication network powered from space, enabling internet connectivity for governments and businesses.

The company is implementing a constellation of 648 satellites in the Low Earth Orbit. While 36 satellites would be launched on Sunday, another batch of satellites were expected to be placed in the orbit by early 2023, ISRO said.

Bharti Enterprises is one of the major investors in OneWeb.