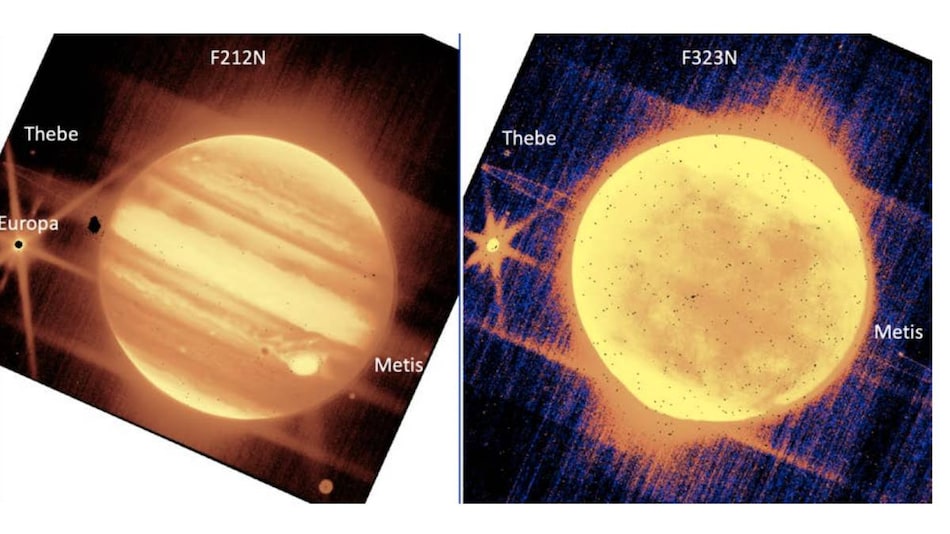 The James Webb Space Telescope's latest photographs demonstrate that it is capable of seeing more than just cosmic objects that are far away from Earth. NASA has unveiled Webb's first images of our own solar system, which include shots of Jupiter and whirling asteroids. According to Mashable, these images were taken by engineers when the observatory's instruments were being tested. The pictures show that Webb is capable of picking up fainter objects while also seeing unparalleled detail on moving objects that are near Earth. The guiding sensors of the telescope, which enable Webb to point, hold, and track with accuracy, are to thank for this achievement.

Hey @NASASolarSystem, ready for your close-up? As part of Webb's prep for science, we tested how the telescope tracks solar system objects like Jupiter. Webb worked better than expected, and even caught Jupiter's moon Europa: https://t.co/zNHc724h9X pic.twitter.com/tW9AT5ah6T

According to Klaus Pontoppidan, an astronomer at the Space Telescope Science Institute in Baltimore, NASA officials debated putting the local targets in the initial batch of breathtaking far-space photographs but ultimately chose the more cautious course. "We didn't want to have to count on the moving target observations working, with keeping things not too complicated," he said. "As it actually turns out, we probably could have done it."

After the first set of Webb's full-colour scientific photographs were unveiled by NASA, the European Space Agency, and the Canadian Space Agency just two days prior, further images were released. For the $10 billion telescope, the occasion marked the start of science operations. Webb is expected to start a golden era in the study of the cosmos, according to astronomers.

The reason the Jupiter images don't look as vibrant as the ones we saw on Tuesday is that they weren't processed in the same manner, according to NASA. Instead, they look more like sepia-toned photographs. These were created to highlight certain characteristics. One view from the telescope's near-infrared camera shows clear bands around the gas giant planet, as well as the Great Red Spot, an enduring storm big enough to "swallow the Earth," according to NASA. To the left of the spot is the shadow of Europa, one of Jupiter's orbiting moons.

Other moons in these images include Thebe and Metis. All these details were captured with about one-minute exposures, the U.S. space agency said.

Scientists are relieved that the James Webb Space Telescope aced its vision exam. Astronomers also look forward to investigating the vapor plumes spewing out of Europa and Saturn's moon, Enceladus; places that could harbour oceans.

The team also wanted to know how fast an object could move and still be observed by the telescope, which is critical for astronomers who want to study flying space rocks. To test Webb's limits, engineers attempted to track an asteroid in the main asteroid belt between Mars and Jupiter; 6481 Tenzing. They weren't disappointed. "We had a speed limit of 30 milliarcseconds per second, which is as fast as Mars can get," said Jane Rigby, a project scientist at NASA. "We actually broke through that. We managed to get a speed limit of 67, so we can track faster targets than we promised."