Realme Pad X Specifications Confirmed Ahead of Launch, Will Get an 11-Inch Display

Realme Pad X will reportedly come with an 8340mAh battery. 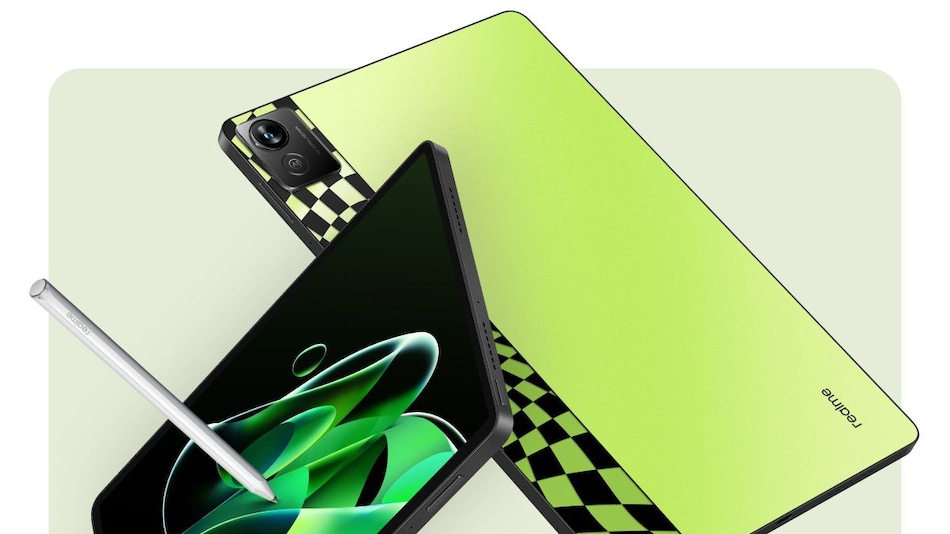 Realme Pad X will launch on May 26

Realme Pad X specifications have been confirmed ahead of its launch in China. The tablet was recently confirmed to launching in China on May 26 along with a few specifications and design teasers. Now, a company executive has confirmed a few specifications regarding the display and battery of the upcoming tablet. The Realme Pad X is expected to sport an 11-inch touchscreen display with blue-light protection certificate. The tablet is also said to feature an 8340mAh battery and 33W charging support. The company had earlier teased the tablet with the tagline “king of tablets”.

Xu Qi Chase, Vice President at Realme, shared a few specifications of the Realme Pad X on the Chinese microblogging website Weibo. Chase said that the upcoming tablet from Realme will sport an 11-inch ultra-clear large screen with 2K resolution. He added that the tablet will come with a four-speaker configuration with Dolby Atmos support. He also stated that the upcoming tablet will come with a hardware-level anti-blue light for eye protection with German Rheinland's eye protection certification.

Chase further added in another post that the Realme Pad X will pack an 8,340mAh battery with 33W charging support. He claimed that the tablet can be used for a week without charging. Like the Apple iPad, the Realme Pad X will get a portrait centering function for video calls and online conferences, said Chase in another post. He also claimed that the effect is comparable to iPad. The portrait function is said to track the displacement of single and multiple people by simulating camera zoom and gimbal rotation.

Recently, Realme had announced through a dedicated landing page that the Realme Pad X will launch in China on May 26. The company had also teased the tablet in a fluorescent green colour option with stylus support.

Realme is yet to announce details regarding the pricing and availability of the upcoming tablet in India and other regions of the world.