Samsung Galaxy Tab S6 5G will join the already available Wi-Fi only and 4G LTE versions of the tablet. 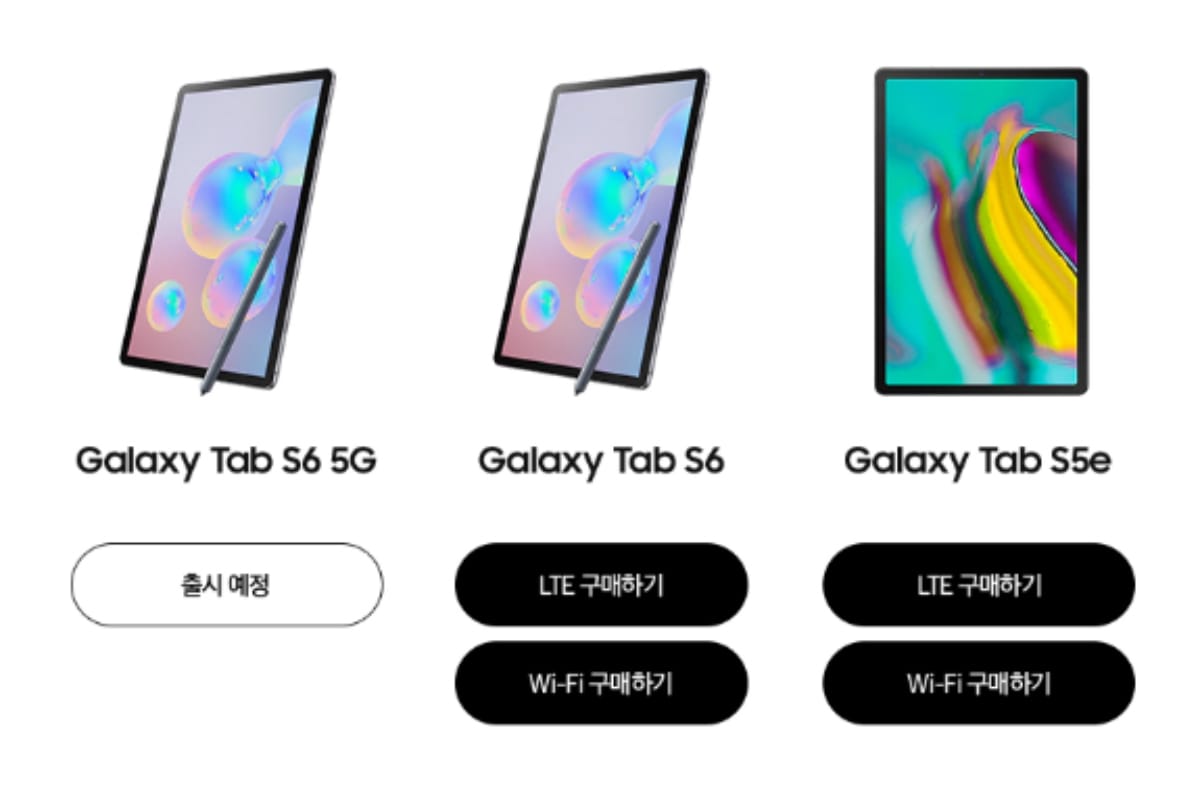 Samsung Galaxy Tab S6 5G variant is coming and it has now been spotted on the company's official support page and a promotional website. The 5G model of the tablet is listed to launch as coming soon, and the support page listing lends weight to an imminent launch as well. The 5G variant is seen to feature the same design aesthetic as the 4G and the Wi-Fi variant launched earlier, and it could be possible that the specifications are also identical, apart from connectivity differences.

The listing shows the Samsung Galaxy Tab S6 5G variant will look identical to the variants launched in August this year. The tablet will support S Pen and pack quad speakers and an in-display fingerprint sensor. If we were to speculate, the 5G variant could offer more RAM and storage than its 4G counterpart. The new Samsung tablet should come with a 5.7mm thin body, a large 10.5-inch WQXGA Super AMOLED display, a 64-bit octa-core processor, and a 7,040mAh battery. The top-end variant of the Galaxy Tab S6 was priced at $729 (roughly Rs. 50,300), and the 5G variant should be priced more than that. The tablet was launched in India in October this year, and it carries a price tag of Rs. 59,900.

Samsung Galaxy Tab S6 Launched in India: Everything You Need to Know