Xiaomi Pad 5 is powered by the Qualcomm Snapdragon 860 SoC. 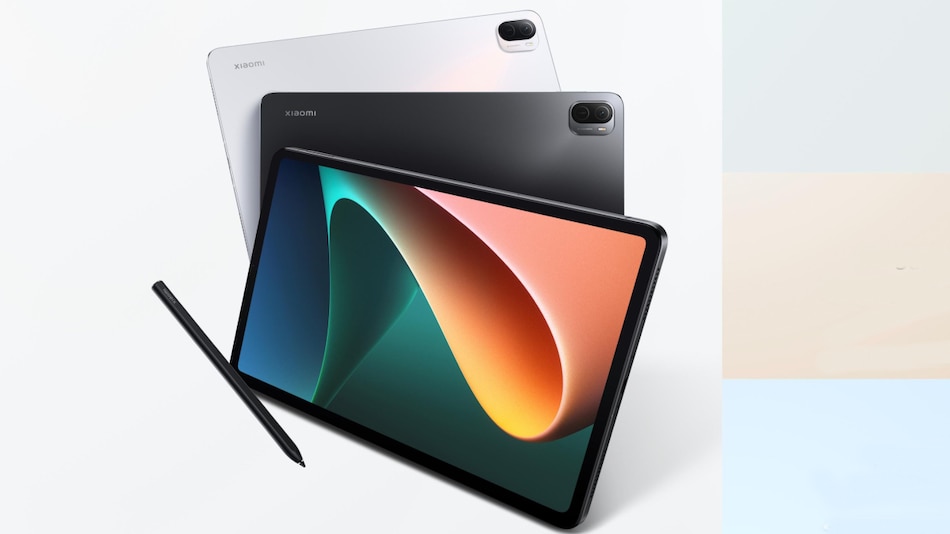 Xiaomi Pad 5 packs a large 8720mAh battery on board

Xiaomi Pad 5 tablet and Xiaomi Smart Pen have launched alongside the Xiaomi 11T series at the company's global event today. The tablet comes with a 120Hz display refresh rate, is powered by the Qualcomm Snapdragon 860 processor, and offers up to 256GB of storage. Alongside the Xiaomi Pad 5, the company has also unveiled the Smart Pen which comes with buttons to take screenshots and swift shots. The Smart Pen clicks on top of the tablet magnetically, which also doubles up as a charging pad for the stylus.

An early bird price of EUR 299 (roughly Rs. 25,900) has been introduced for the 6GB RAM + 128GB storage option. It will be available first through AliExpress at 12am PST. Although, the phone will be up for grabs via Amazon, Lazada, and Mi.com as well.

Coming to the specifications, the Xiaomi Pad 5 runs on Android 11 with MIUI 12.5 for Pad and features an 11-inch WQHD+ (1,600x2,560 pixel) TrueTone display that has 120Hz refresh rate, 16:10 aspect ratio, as well as Dolby Vision and HDR10 support. It is powered by a Qualcomm Snapdragon 860 SoC, along with 6GB of RAM as standard. The Xiaomi Pad 5 comes with up to 256GB of onboard storage. The tablet supports Face Unlock, and supports split screen for multitasking.

For photos and videos, the Xiaomi Pad 5 comes with a 13-megapixel camera sensor at the back, along with an LED flash, and an 8-megapixel selfie camera at the front with 1080p recording. It packs an 8,720mAh battery that supports 33W fast charging. Xiaomi claims it offers up to 10 hours of gaming, 16 hours of video playback, and 5 days of music playback. Additionally, the tablet comes with four speakers and supports Dolby Atmos. Connectivity options include Wi-Fi , Bluetooth v5, USB Type-C port, and more. The Netflix app is pre-installed on the Xiaomi Pad 5.

The Xiaomi Pad 5 supports the newly announced Xiaomi Smart Pen. It comes with two buttons, one which allows users to take swift notes and the other allows for instant screenshots. The Smart Pen comes with 4,096-level prerssure sensitivity and weighs only 12.2 grams. It supports gesture navigation and has TPE soft tips which are replaceable. The magnetic clip-on also doubles up as a wireless charging base for the Xiaomi Smart Pen. Xiaomi claims it takes only 18 minutes to fully charge.