TV Prices in India to See a Hike Due to Ukraine-Russia Crisis, China Lockdowns, More Factors

Prices could go up to 10 percent, and the change expected to come into place as early as this month. 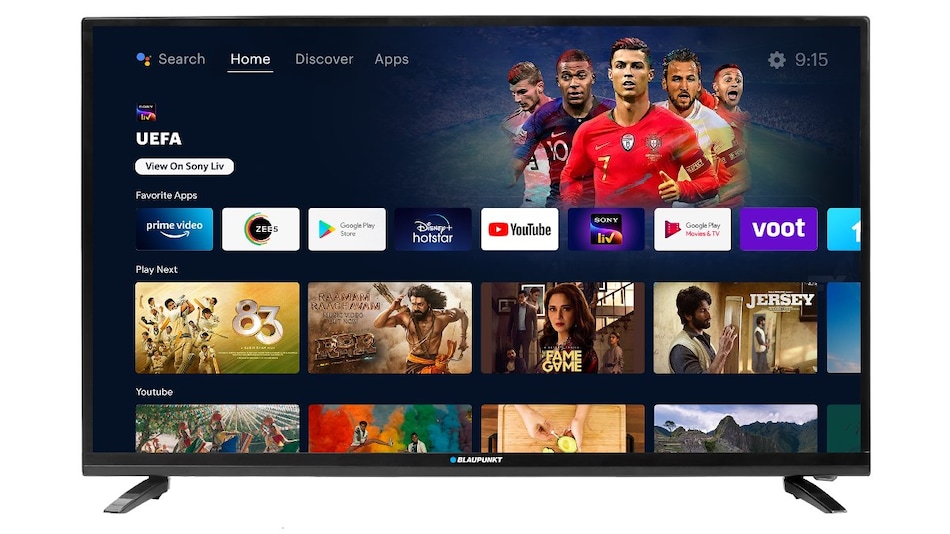 TV manufacturers in India are planning to increase the prices of their models to meet ongoing cost and supply constraints. Multiple sources confirmed to Gadgets 360 that companies are planning to increase the pricing of their TVs in the coming days due to a list of factors, including the crisis between Ukraine and Russia as well as the rigorous lockdowns in China. The external restrictions are limiting manufacturers from getting adequate supplies of their raw materials and eventually forcing them to transfer their burden on customers.

The nearly two-month long conflict between Ukraine and Russia has started impacting electronics companies around the globe. However, the effect is getting bigger for TV manufacturers in India as most players in the market generate a large amount of revenues through their entry-level and budget models that have thin margins to gain.

Alongside the Ukraine-Russia crisis, companies are facing hurdles on their supply side due to the lockdowns in China. Manufacturers have also started paying more for their shipments in the country due to increasing prices of fuel.

He also pointed out that the lockdowns in China have caused vessels to suddenly halt and not all of them are functioning at 100 percent capacity, which is resulting in major delays in shipping.

"Customers will definitely be affected," he warned.

Similar to SPPL, Bengaluru-based Indkal Technologies, the brand licensee for Acer TVs in India, is seeing supply chain issues for some time.

"The Russia-Ukraine war has only worsened the situation as both these countries are the largest producers of some key minerals used as raw materials for manufacturing chips, which have already been in shortage," said Anand Dubey, CEO, Indkal Technologies.

He presumed that if the conflict stretches, it could lead to large increments in component prices and could end up a very large cumulative increase in prices of different electronics products in India and around the globe.

Exact percentage of the price hike is yet to be estimated. However, Marwah suggested that the price hike could come into force as early as this month.

This is notably not the first time when the TV market is expected to see a price hike in the last couple of years. Companies including Xiaomi, Samsung, LG, and Realme increased prices of their TV sets by around 10 percent across all segments last year. That increase was mainly due to the coronavirus-led lockdowns in India and around the globe.

"Given India is a price-sensitive market, and the current market is subdued, there might be some impact on TV sales in the coming months due to an increase in the price of the TV," she told Gadgets 360.

The analyst expects that global increase in prices of raw materials of TV could also push manufacturers to increase their TV prices in the coming future.

Jain told Gadgets 360 that most of the TVs sold in the country are in the budget segment. Although this means that there would not be a major increase in TV prices altogether, a slight hike from manufacturers' side could have a major impact on low-income customers.

"There is course correction required so that we do not face the challenges that we did back in 2020," said Marwah.

Everything About the New Galaxy Awesome Range: Inspired by Flagship, Just for You
Ericsson Says New US Fines Likely Over Iraq Corruption