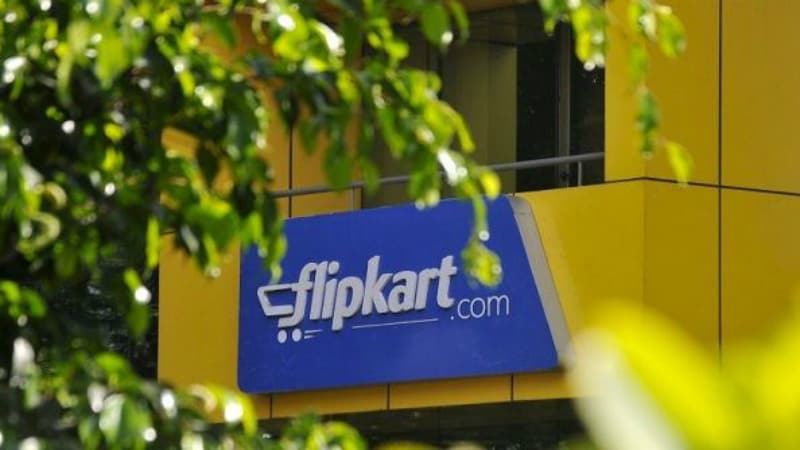 The three-day Flipkart New Pinch Sale started today, with discounts and deals on a variety of products, such as smartphones, laptops, TVs, and other electronics. Among the best Flipkart sale deals available today are discounts on iPhone 8, iPhone 8 Plus, Xiaomi Mi MIX 2, and other smartphones, as well as laptops, gaming consoles, TVs, etc. Apart from flat discounts, buyers will get exchange offers, buyback guarantees, and 10 percent discount on HDFC Bank credit and debit cards (maximum discount Rs. 1,500, minimum transaction value Rs. 3,000).

Samsung Galaxy S9 design showcased in new render, launch date leaked
Samsung Galaxy S9 and Galaxy S9+ renders have surfaced online, showing the design the two smartphones are likely to sport. The renders show the fingerprint sensor will be placed below the camera on the back, and bezel-less display with narrower bezels compared to this year’s Galaxy S8 models. The Galaxy S9+ is said to have dual rear camera setup, but the Galaxy S9 will feature a single camera on the back. A separate report today claimed that the handsets will be launched at Mobile World Congress in Barcelona, on February 26.

Facebook advertisers get WhtasApp access
Facebook has rolled out a click-to-WhatsApp button that will provide advertisers connect with the popular messaging app’s users. With this new feature, businesses can add a ‘send message’ button with the WhatsApp logo on their Facebook ads; tapping on the button will deliver the ad to users who have WhatsApp installed on their smartphones. The social networking giant says this will make it easier for people “to learn about their products, set up an appointment or use their service.” The company has also said it will push more videos to users’ News Feeds, and will tweak the kind of ads that run in videos on the platform.

Amazon to soon sell Chromecast, Apple TV models
Days after Google pulled YouTube support from its Echo Show and Fire TV Stick, Amazon has announced that it will soon start selling the search giant’s Chromecast and Chromecast Ultra on its marketplace. Apart from this, Amazon will make available two variants of the fourth-generation Apple TV and one variant of Apple TV 4K on its platform; just days ago, the online retail titan released the Prime Video app for tvOS. While the Google and Apple products are not available on Amazon right now, they are expected to be listed soon.

Import tax on phones, TVs, digital cameras increased
In order to deter companies from importing products in India, the government has raised import taxes on electronics. The import levy on mobile phones and digital cameras has been increased from 10 percent to 15 percent, while the same has been doubled to 20 percent on TVs. According to Counterpoint Research, 8 out of 10 phones sold in India were manufactured locally. However, 88 percent of Apple handsets sold in India are said to be imported, meaning the iPhone maker will be affected rather significantly by the rise in import taxes and may have to step up its local manufacturing efforts.

Net neutrality protections repealed by US FCC
In a vote championed by Chairman Ajit Pai, the US Federal Communications Commission voted to repeal Obama-era net neutrality safeguards. The vote – which went 3-2 in favour of the repeal – gives Internet Service Providers (ISPs) more power than ever on online access. For example, ISPs can now block content and services, or slow down or charge more for certain websites or services. While consumer-side effects of the net neutrality repeal are unlikely for the first few months, small organisations may be affected if ISPs start charging more for network speed.

iMac Pro price in India announced, Acer Predator 21 X gaming laptop launched
Apple has priced the iMac Pro model at Rs. 4,15,000 in India. This model will come with an 8-core Intel Xeon processor, 32GB of DDR4 ECC RAM, Radeon Pro Vega 56 graphics card, and a 1TB SSD. However, for now, only this model has been announced for India, not the other variants. Other key features of the iMac Pro include a 27-inch Retina 5K (5120x2880 pixels), Radeon Pro Vega 56 graphics card with 8GB of HBM2 memory, 1TB SSD, and 1080p FaceTime HD camera.

However, Acer has topped the iMac Pro – at least in price – with the launch of its Predator 21 X laptop at Rs. 6,99,999. The new gaming laptop, weighing 8.5 kilograms, will ship with custom hard-shell carrying trolley case. Acer’s new Windows 10 laptop has a 21-inch full-HD ultra-wide curved display, 7th generation Intel Core i7-7820HK processor and two Nvidia GeForce GTX 1080 graphics cards in SLI. As for system memory and storage, Acer Predator 21 X comes with 64GB of DDR4-2400 RAM on board, and up to four 512GB solid state drives (including two NVMe PCIe SSDs) as well as a 1TB 7200RPM hard drive.

Honor 9 Lite launching on December 21, Huawei Enjoy 7S on December 18
Huawei-owned brand Honor will launch the Honor 9 Lite on December 21 in Shenzhen, China. A Honor 9 Lite invite, posted on Weibo, points to the presence of an all-screen display and dual camera setup on both the front and the back. The handset’s TENAA listing shows a 5.65-inch full-HD+ display and 18:9 aspect ratio, Android Oreo, fingerprint sensor on the back, and 13-megapixel + 2-megapixel setup on the back. But before this, on December 18, Huawei will launch the Enjoy 7S smartphone, according to teasers leaked on Weibo. The smartphone is said to have a bezel-less design and dual camera setup as well.

Three New Moto Mods Launched in India, Can Be Bought or Rented
Grammarly Is Now on Android as a Keyboard but It's Not Quite There Just Yet