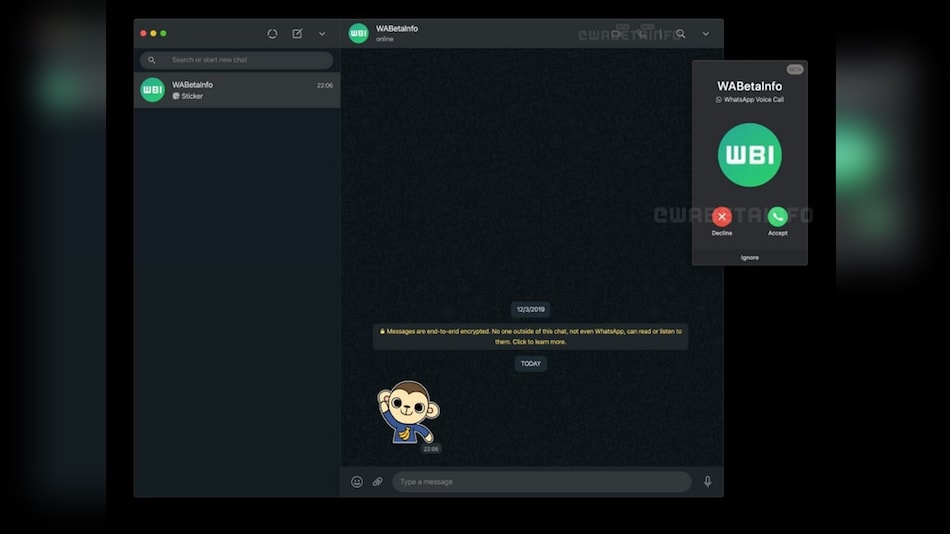 WhatsApp seems to be working on bringing voice and video calls on its web version, according to a new report. The feature was allegedly found in a recent update to the web client that comes with version 2.2043.7. The feature is currently in beta, which suggests that the company is testing it out before it releases it to the public. WhatsApp voice and video calls are already available on Android and iOS apps and it looks like the desktop/ web client will also be brought up to speed.

WhatsApp features tracker WABetaInfo – not officially affiliated with WhatsApp – shared that the latest update with version 2.2043.7 for the web/ desktop client of the messaging app has integrated support for voice and video calls. While the feature is currently in beta, WABetaInfo tested it out and shared a few screenshots of the same.

The report also states that the update contains support for group voice and video calls as well. However, this feature was not available to test and will be added to the web/ desktop client soon.

Support for voice and video calls will make things more seamless as users will not have to switch back and forth between their work desktop or laptop and their phone. Messaging support is already available on the WhatsApp Web and support for calls will make the experience more cohesive.

As of now, WhatsApp, or parent company Facebook, has not shared any information on this new feature or when it will be released to the public. However, since it is said to be included in beta in the latest update, the official stable release may be coming soon.