The new AirPods Pro will likely have active noise cancellation and support for Spatial Audio. 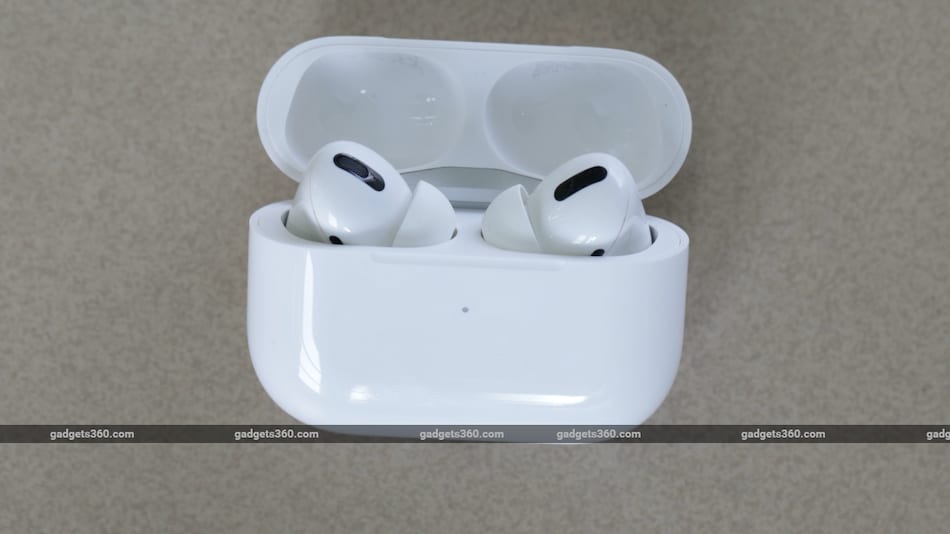 Apple AirPods Pro (2nd Gen) and iPhone SE (3rd Gen) could be launched in April 2021, according to a new report citing supply chain sources in China. The successor to the AirPods Pro, which was launched in late 2019, is expected to be an upgrade over the existing model, but no significant details have emerged yet beyond the dimensions of the charging case. The report further suggests that the iPhone SE (3rd Gen) will also be launched in April, around a year after the launch of the second-generation model.

The latest report comes via Japanese website Macotakara, which cites information from suppliers in China to suggest that Apple's next audio product and smartphone are due in April this year. The specific information in the report pertains to the size of the charging case of the rumoured AirPods Pro (2nd Gen). While the thickness remains the same at 21mm, the height and length are said to be 46mm and 54mm, respectively. This is a bit different from the charging case of the first-generation AirPods Pro, but not significantly so.

No other details are available as of now, but it's fairly obvious that the true wireless AirPods Pro (2nd Gen) will have active noise cancellation, support for Apple's Spatial Audio, and connectivity and ecosystem benefits when used with Apple products, such as iPhones, iPads, and Mac computers. Pricing will likely be around the Rs. 25,000 mark, but it's too early to firmly make any predictions in this regard.

Also mentioned in the report is that the iPhone SE (3rd Generation) will also be launched in April 2021, although no further details on the smartphone are available. The successor to the iPhone SE (2020) (Review) will likely be priced at under Rs. 50,000 in India, while being powered by the same A14 Bionic chipset as on the iPhone 12 series of smartphones.