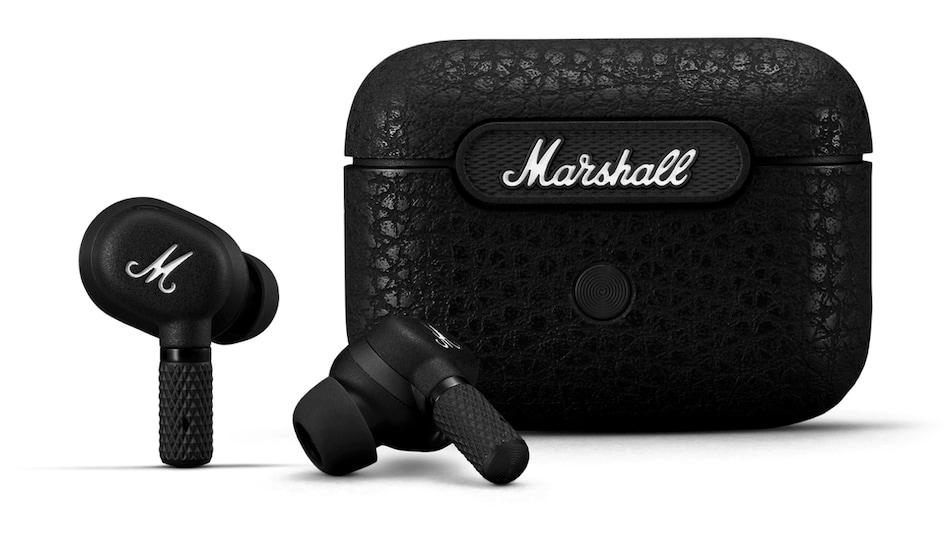 Marshall Motif ANC and Marshall Minor III true wireless stereo (TWS) earphones have been launched in the US market, priced at $200 (approximately Rs. 14,700) and $130 (approximately Rs. 9,600), respectively. The new Motif ANC are the first TWS earbuds from the brand to feature active noise cancellation (ANC) and have an in-canal fit. The more affordable Marshall Minor III have a classic outer-ear fit and 12mm dynamic drivers. Both new earphones are only listed on the company's website for now, and are available for pre-orders, with general sales set to begin September 30 onwards.

There is no word on availability and pricing in India yet. Both Marshall Motif ANC and Marshall Minor III feature unique styling and textures for the earpieces as well as the charging cases. The new headsets will go up against competition from Apple, with the Motif ANC competing directly with AirPods Pro and the Minor III facing off against AirPods (2nd Gen). Marshall is best known for making guitar amplifiers, but its offerings also include wireless headphones, earphones, and portable multimedia speakers.

Marshall Motif ANC are the company's first TWS headset with ANC, and have 6mm dynamic drivers powering the sound. For connectivity, the earbuds use Bluetooth v5.2, and have a total of three microphones on each earpiece, which combine to enable ANC as well as voice calls. The earpieces are IPX5 rated for water resistance, while the charging case is IPX4 water resistant. The earphones have a claimed battery life of up to 20 hours per charge cycle with ANC on.

The new Marshall Minor III are the more affordable of the two new headsets, and have 12mm dynamic drivers and Bluetooth v5.2 for connectivity. The earbuds have an outer-ear fit and a claimed battery life of 25 hours per charge cycle. Both headsets also feature support for Qi wireless charging and have touch controls. Marshall Motif ANC also feature app support and have a transparency mode for hear-through.

iPad mini 2021 Suggested to Have Under-Powered A15 Bionic Chip Compared to iPhone 13, No mmWave 5G Support