The leaked renders of the OnePlus Nord Buds CE show the earbuds in Moonlight White colour. 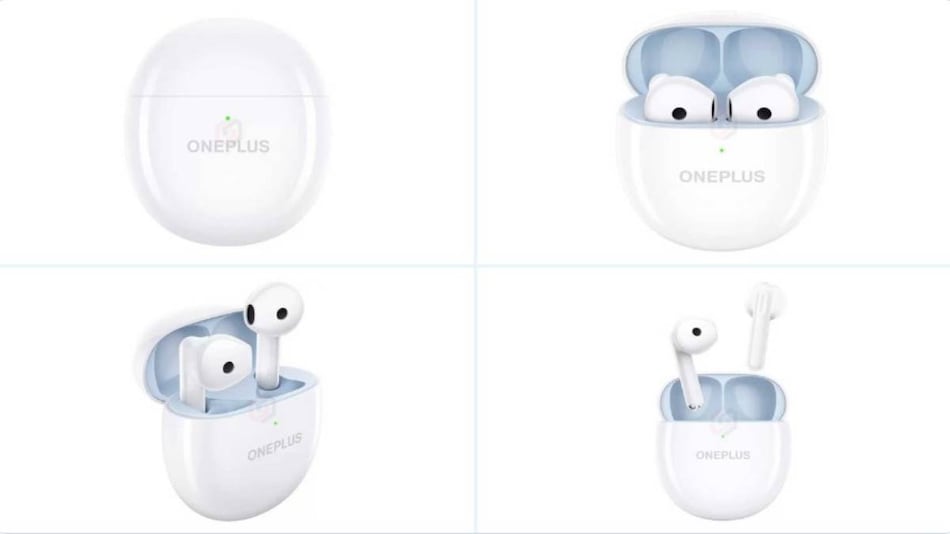 OnePlus Nord Buds CE is confirmed to launch in India today, August 1. Ahead of its launch, the true wireless stereo (TWS) earbuds renders have been leaked online. The leaked renders of the OnePlus Nord Buds CE suggest the design of the upcoming TWS earbuds. It is tipped to come with a cobble-shaped case with a semi-in-ear design. Besides this, OnePlus has already confirmed that the earbuds will feature 13.4mm dynamic bass drivers, fast charging support, and an ergonomic design.

A tipster, Satwik, has shared the renders of the upcoming OnePlus Nord Buds CE TWS earbuds via a tweet. The leaked renders suggest the design of the upcoming TWS earbuds from OnePlus in the Moonlight White colour. As mentioned above, the earbuds are tipped to come with a cobble-shaped case, and it can be seen that there is a green LED on the front of the case, which is likely a battery indicator.

Furthermore, the renders tip that the OnePlus Nord Buds CE will come with a semi-in-ear design, which has already been confirmed by the company in a teaser image revealed on the official website. The teaser of the earbuds also confirms that the upcoming TWS earbuds will come with 13.4mm dynamic bass drivers, fast charging support, and an ergonomic design, as stated above.

Moreover, a previous report suggests that the OnePlus Nord Buds CE TWS earbuds were spotted on the Bluetooth SIG and BIS India database with the model number E506A. The Bluetooth SIG database also reportedly revealed that the earbuds will likely feature Bluetooth version 5.2 for connectivity.

To recall, OnePlus Nord Buds were launched in India in April this year. The earbuds were entry-level TWS earbuds. At the time of their launch, the Nord Buds were priced in India at Rs. 2,799. They feature Black Slate and White Marble colour options.