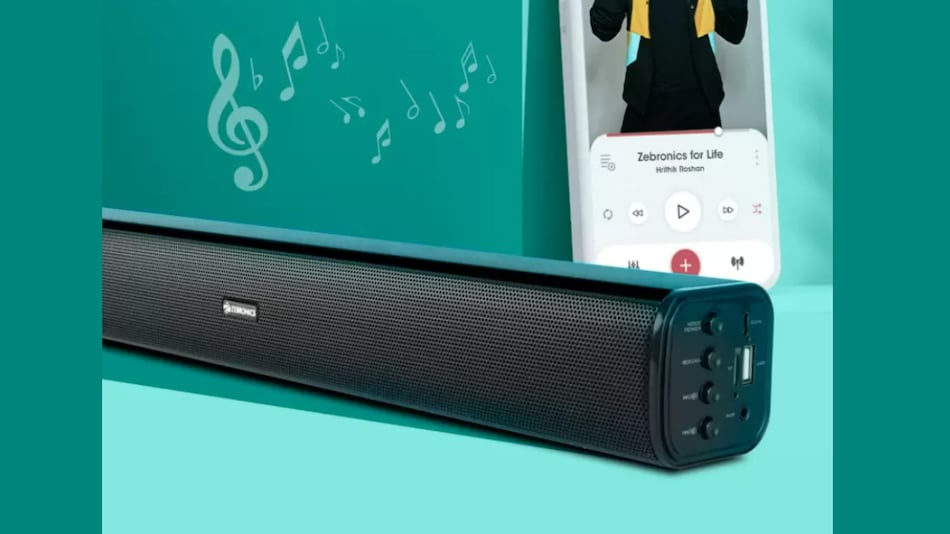 The new Zebronics Zeb-Vita Pro soundbar comes at an introductory price of Rs. 1,899

Zebronics Zeb-Vita Pro has been launched in India. The Bluetooth soundbar from the Indian company boasts up to 10 hours of playback and supports call function via Bluetooth. The soundbar sports dual 52mm drivers and comes with an inbuilt FM Radio. The Zebronics Zeb-Vita Pro has an LED display and sports a compact design. The new Zebronics soundbar is available in two colour options. It is now available for purchase via Flipkart.

The new Zebronics Zeb-Vita Pro soundbar comes at an introductory price of Rs. 1,899 and will be available for purchase via Flipkart.

It should be noted that the Zebronics website lists Rs. 3,499 as the price tag for the Zeb-Vita Pro, which could be the final retail price once the introductory period is over. Gadgets 360 has reached out to the company for further details. This report will be updated when we hear back. The soundbar comes in Black and White colour options.

The device features an LED display at the front. Furthermore, the Zeb-Vita Pro has a power button and scan button, along with the regular volume buttons. The company claims that the soundbar's inbuilt battery can offer a playback time of 10 hours (at 50 percent volume) and takes 3.5 hours to charge fully. The specifications of the battery are kept under the wraps.

The soundbar can be mounted on a wall or placed on a surface. The Zebronics Zeb-Vita Pro soundbar measures 474x65x65mm and weighs 913g.