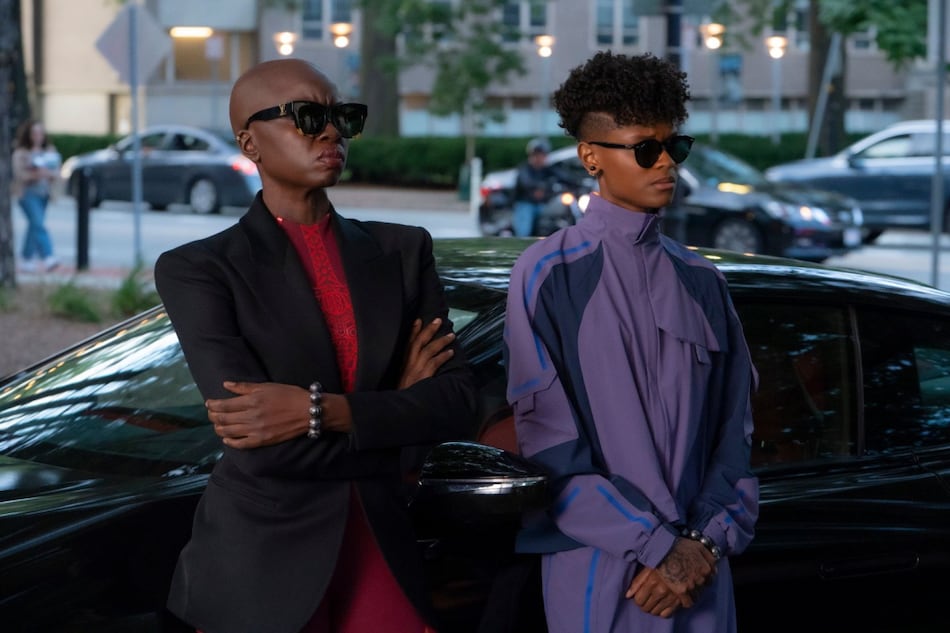 Danai Gurira and Letitia Wright in a still from Black Panther: Wakanda Forever

Black Panther: Wakanda Forever has collected an impressive $330 million (about Rs. 2,700 crore) at the global box office in its opening weekend. Around $150 million (about Rs. 1,200 crore) was pulled from overseas markets, including India. As per Deadline, the figure represents the third-highest start from a Hollywood title, and the film is the second-biggest global opening this year. Black Panther: Wakanda Forever had a reported production budget of $250 million (about Rs. 2,000 crore), and is now out in cinemas, in English, Hindi, Tamil, Telugu, Kannada, and Malayalam.

The original 2018 film opened to $361 million (about Rs. 3,000 crore) and went on to gross over $1.3 billion worldwide (about Rs. 11,000 crore), making it one of the highest-grossing films of all time — even securing seven Oscar nominations in 2019. Its sequel, Black Panther: Wakanda Forever's production faced a set of hurdles, ranging from the COVID-19 pandemic to actor Letitia Wright's injury. The $250 million film was also forced to alter its script midway, as previous lead Chadwick Boseman passed away in mid-2020, after a private battle with cancer. As per Variety, none of these conditions seems to have severely affected the film's success, and is poised to be a global powerhouse. Reports from last week suggested that China blocked the theatrical release of Black Panther 2, “and Russia's invasion of Ukraine means that studio films no longer screen in the country.”

In India, as of Sunday, Black Panther: Wakanda Forever reportedly stands at Rs. 26.5 crore. The first instalment made Rs. 50 crore in its lifetime in the country, hinting at a positive outcome for the newly-released sequel, over the week. That said, Deadline notes that the Asia Pacific region, in general, has not been performing as well as expected. “Social sentiment is affecting it with chatter about the tone and length of the film, as well as disappointment in perceived limited action,” it reads. Japan happens to be the only region where the film failed to come out on the top spot, as it was competing with a local title, Suzume No Tojimari. In India, it faced limited competition from the Amitabh Bachchan-led Uunchai — Rs. 10.50 crore — which caters to an entirely different audience.

Its competition from last month, the Dwayne Johnson-led Black Adam opened to $140 million (about Rs. 1,000 crore), and currently stands at a worldwide cumulative of $352.2 million (about Rs. 2,900). In our Black Panther 2 review, we said: “On the back of what has been a largely disappointing [Marvel Cinematic Universe] “phase” since Avengers: Endgame, it fell to [Ryan] Coogler to salvage the situation. But the Black Panther: Wakanda Forever director already had too much on his plate. Just like Shuri is unable to move on, Coogler has also struggled to move on with Wakanda Forever. The film grapples with the gaping hole left behind by Boseman's death — and it discovers that it has no answer. That feels fitting, albeit frustrating.”