The deal doesn’t cover TV shows — at least not yet. 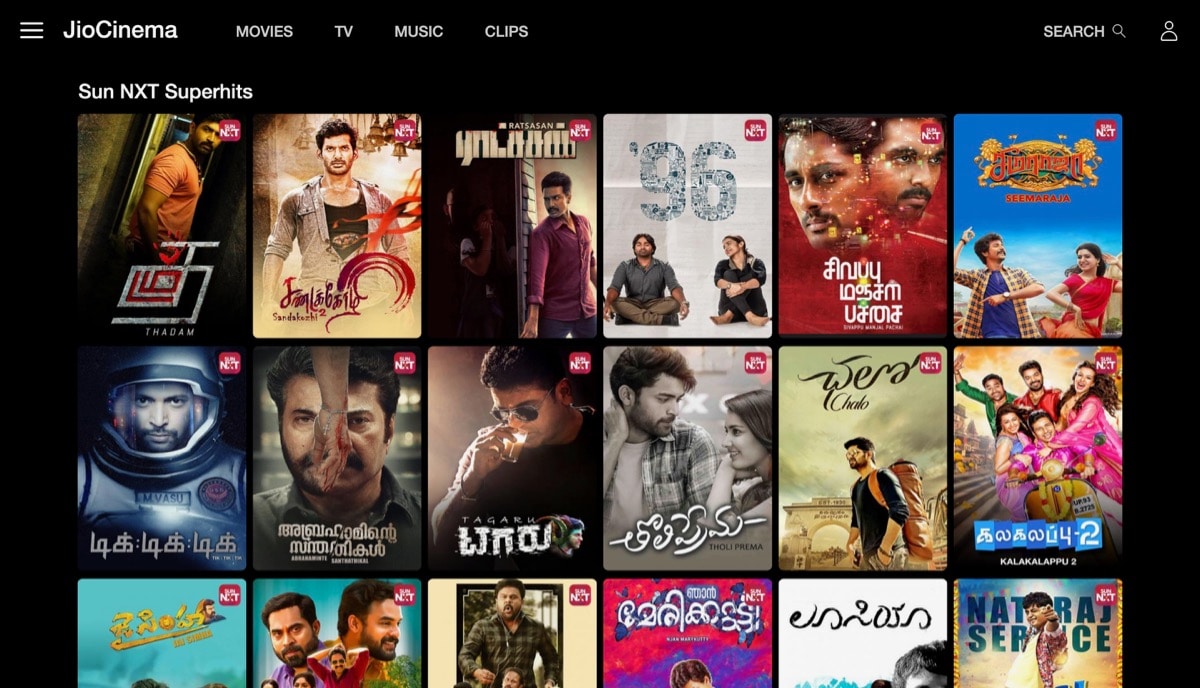 JioCinema has partnered with fellow streaming service Sun NXT — owned by Chennai-headquartered Sun TV Network — to bring the latter's wide collection of Tamil-, Telugu-, Malayalam-, and Kannada-language movies to the former. Thousands of South Indian films are now available to Jio subscribers, through the JioCinema app for Android and iOS, their respective TV versions, and on the JioCinema website. Reliance Jio told Gadgets 360 the partnership went into effect a few days ago.

The new deal between JioCinema and Sun NXT doesn't cover TV shows, while Sun TV's bouquet of channels were already available on its sister app JioTV. Still, you're getting most of Sun TV's digital offerings, without having to fork over the Rs. 489 it costs for an annual subscription of Sun NXT.

For Jio, Sun NXT helps strengthen the JioCinema slate, which now includes partnerships with the likes of The Walt Disney Company, Eros International Media's Eros Now, Balaji Telefilms' ALTBalaji, and Viacom 18 Media's Voot, the last of which it has a controlling stake in thanks to its parent company Reliance Industries.

For Sun NXT, this is the second partnership with a telecom operator, after Vodafone Idea at the start of the year. That deal was more wide-ranging, covering over 50,000 hours of content owing to 30 live TV channels, 4,000 movies, and a bunch of TV shows, music videos, and more short-form content.

Sun NXT has been around since mid-2017 and primarily caters to South Indian viewers, as you can tell. Unlike other streaming services in India, it has not dabbled in original content at all. The closest Sun NXT has to a competitor is YuppTV.

Samsung Galaxy S11 Said to Use Second-Generation 108-Megapixel Camera Sensor
Motorola One Hyper Spotted on US FCC Site Along With 4,000mAh Battery