Thor: Love and Thunder, the new Marvel movie, appears to be an action-packed and fun-filled affair. 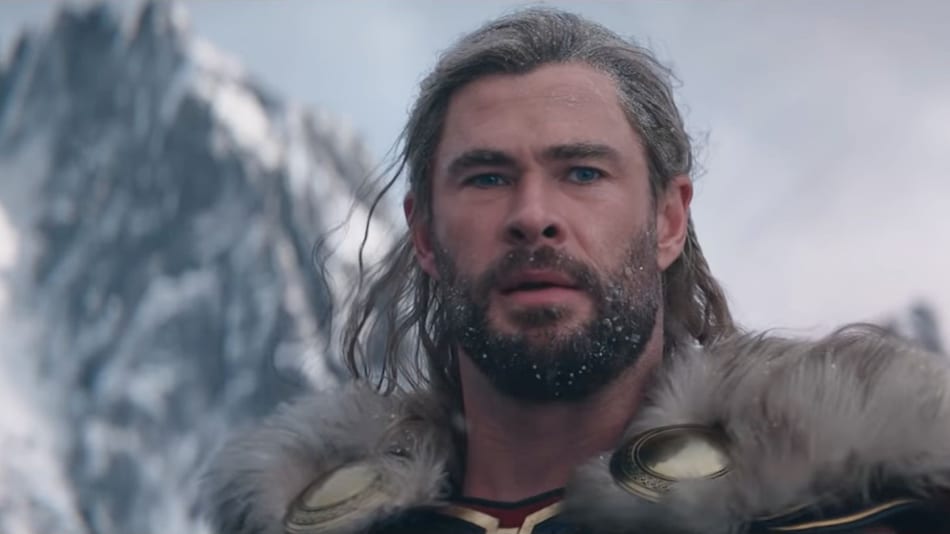 Thor is back — in a movie of his own. After making his presence felt in 2019's mega get-together movie Avengers: Endgame, the hammer-wielding “God of Thunder” takes centre stage in the Marvel Cinematic Universe (MCU) with Thor: Love and Thunder, his first solo outing since 2017's Thor: Ragnarok, out this week in theatres across the globe. The fourth Thor film has created a great deal of buzz among Marvel fans as it — for starters — reunites Chris Hemsworth with Taika Waititi, who previously directed him in its well-received predecessor.

Waititi recently revealed that Thor: Love and Thunder will use humour to tackle universal themes, which is an exciting prospect given as humour is his forte, something that he proved with the critically-acclaimed comedy drama Jojo Rabbit.

The biggest talking point, however, is the fact that Thor: Love and Thunder features Christian Bale as the ferocious villain Gorr the God Butcher and marks his MCU debut. And oh, did I mention Natalie Portman is a superhero now? We'll get to that in a minute.

In India, Thor: Love and Thunder is available in English, Hindi, Tamil, Telugu, Malayalam, and Kannada. With that, here is all you need to know about the new Marvel movie.

The fourth Thor film debuts in Indian theatres on Thursday, July 7. Thor: Love and Thunder was originally slated to open here on July 8, but Marvel Studios advanced the date without giving a reason.

Marvel Studios' #ThorLoveAndThunder ❤️+⚡ arrives in cinemas in India a day before, on the 7th of JULY. pic.twitter.com/59CnZnEpQr

Thor: Love and Thunder's India release is in line with markets such as Chile, Denmark, Mexico, Malaysia, Portugal, and Singapore. The new Thor movie, notably, opens in India a day before it arrives in countries like US, Canada, the UK, and Ireland on July 8.

Tickets have been available for Thor: Love and Thunder in India since June 16.

Select theatres are set to screen the fourth Thor movie round the clock for the first four days. Thor: Love and Thunder opens as early as 12:15am on Thursday, with more shows at 6am.

Other theatres, however, have opted for a more conventional route by opening the doors after 9am. Given the frenzy, tickets for Thor: Love and Thunder have — unsurprisingly — largely been sold out across India.

Hemsworth returns as the titular God of Thunder, who finds himself dealing with what Waititi described as a midlife crisis.

Bale plays Gorr the God Butcher, the menacing villain out to eliminate all gods. Bale enjoyed playing the character as he found him to be a complex individual: ”Just the notion of this guy … I mean, he's Gorr the God Butcher, right? The name kind of tells you who he is. Straight away, you know he's a serial killer bent on killing gods. But it's a lovely tale, actually. He's upset and confused, and comes to an epiphany."

Portman said that she was quite impressed by her character's graph on what is her first full-fledged MCU outing since 2013's Thor: The Dark World: "In previous films, Jane was a scientist who needs help being saved by Thor, but in this film, she's seeking her own solutions and taking her own journey. She's fighting alongside Thor and they're a team, but Jane is very much paving her own path, which has been really exciting."

The Guardians of the Galaxy are also involved in Thor: Love and Thunder, with Chris Pratt, Pom Klementieff, Dave Bautista, Karen Gillan, Sean Gunn, Vin Diesel, Bradley Cooper reprising their respective MCU roles as Peter Quill/ Star-Lord, Mantis, Drax, Nebula, Kraglin, Groot, and Rocket. They are said to help Thor cope with pain and loss during the process of self-discovery.

Jeff Goldblum returns from Thor: Ragnarok as the Grandmaster. Additionally, Matt Damon, Sam Neill, Luke Hemsworth — who too were part of Ragnarok — appear in relatively small roles, Melissa McCarthy, and Simon Russell Beale too are part of Thor: Love and Thunder.

Here's the synopsis for Thor: Love and Thunder via Marvel Studios:

Thor embarks on a journey unlike anything he's ever faced — a quest for inner peace. However, his retirement gets interrupted by Gorr the God Butcher, a galactic killer who seeks the extinction of the gods. To combat the threat, Thor enlists the help of King Valkyrie, Korg and ex-girlfriend Jane Foster, who — to his surprise — inexplicably wields his magical hammer. Together, they set out on a harrowing cosmic adventure to uncover the mystery of the God Butcher's vengeance.

Marvel Studios unveiled the first trailer for Thor: Love and Thunder on April 18 to give fans an idea of what to expect from the latest Thor film. In the nearly 90-second long trailer, we saw Foster transform into Mighty Thor and also got glimpses of Hemsworth's Thor as he teamed up with the Guardians of the Galaxy.

The first Thor: Love and Thunder trailer was followed by a second one (below) that gave us our first look at Gorr the God Butcher and touched upon Thor's reunion with Foster.

Marvel Studios released a one-minute teaser titled “Speech” on June 21, nearly two weeks ahead of the film's release, which revolved around Thor's attempts at delivering a speech to inspire allies to stay united in testing times. This was followed by the TV spots “Team”, “Classic”, “Journey”, and “Army”.

At the time of writing, not a single review was available for the new Thor film. That's because reviews are on embargo until later on Tuesday, July 5.

The Gadgets 360 review of Thor: Love and Thunder will be out Thursday, July 7.

While there's no word yet on Thor 5, Marvel Studios president Kevin Feige had, some time ago, said that there is ample scope for it going by stories featured in the comics.

Hemsworth added fuel to the fire when he said that he was open to playing the the “God of Thunder” again provided the potential sequel offered a fresh take on the character.

“Each time, if the opportunity comes up and presents itself, I'm just open to whatever creative exploration can happen, thanks to different writers and directors and so on,” Hemsworth said. “But I love playing the character, I really do. It always comes down to: 'Is this script different to the last one? Are we repeating something?' And when it becomes too familiar, I think that's when I'd have to say, 'Yeah, no, this doesn't... I think I've... I'd like to exit before people tell me to exit.'"

Even if Thor 5 does indeed happen, don't expect it anytime soon as Marvel's big screen future is quite jam-packed at the moment.

Black Panther: Wakanda Forever, a sequel to the 2018 release Black Panther, is slated to be the next big outing from the MCU as it debuts November 11 in cinemas globally.

Then there's also the Brie Larson and Iman Vellani-led The Marvels, which opens in theatres on July 28, 2023.

Marvel Studios hasn't set concrete dates for Blade, Fantastic Four, Deadpool 3, and Captain America 4, but they are all in the works — in different stages of development.

Here is the official poster for Thor: Love and Thunder via Marvel Studios: