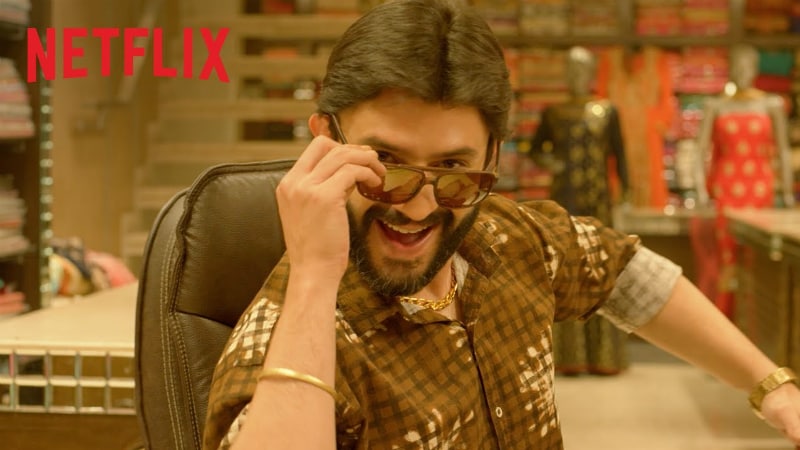 Brij Mohan Amar Rahe is the latest film to be acquired by Netflix in India, the announcement for which was made last month. Netflix's next offering for the Indian market is a film with an unknown director and a relatively unknown cast, except, of course, Nidhi Singh of Permanent Roommates fame and Arjun Mathur who has starred in a critically acclaimed Bollywood films such as Angry Indian Goddesses and Waiting, apart from big hits such as My Name Is Khan. Brij Mohan Amar Rahe is a slapstick comedy film that veers towards dark humour at times.

Netflix India has had a remarkable year in terms of its original content offered in the country. Whether it's the critically acclaimed film Love Per Square Foot, the blockbuster hit series Sacred Games, or anthology film Lust Stories, Netflix has been hitting the right spot when it comes to premium online content in India. Brij Mohan Amar Rahe is unlike those three projects, which tells us that Netflix is going for a wide range of genres and audiences.

The film, which is set in the heart of Old Delhi, is the story of lingerie shop owner Brij Mohan Gupta (Arjun Mathur) looking for a way to make a quick buck. Gupta's wife is Sweety (Nidhi Singh) and he also has a differently abled grandfather to take care of. Brij Mohan is shown to have numerous affairs, including one he is shown to currently be in; with 24-year old Simi (Sheetal Thakur). Brij goes off seeking funds from a seemingly successful businessman in the market in order to clear his debt. Things get murky when he is caught up among loan sharks as he "accidentally" ends up murdering one. Thus starts his transformation from a debt-ridden entrepreneur into a murderous psychopath. This is where Brij Mohan Amar Rahe takes a dark turn.

Brij Mohan, on his quest for an altered identity, plans to shave off his head and beard and change his name to Amar Sethi. He runs away with his mistress only to mess things up even more with a botched murder followed by a hurried act of erasing any sort of evidence. The film does a fine job of merging light humour with disturbing scenes like burning a man alive, strangling a loved one, and a rather descriptive hanging.

The plot at this stage is extremely convenient as the director puts elements right where the story demands them. The police find Brij's 'stolen' iPhone with an anonymous tip, even as Brij is literally next door. The movie does not explain how 'Amar Sethi' is accused of stealing the iPhone, and just goes ahead with putting him in lockup. Brij Mohan Amar Rahe, much like its protagonist, is hurried in its approach. In trying to make things appear comical, the movie over does it and scenes such as the inspector in charge of the case getting sexually involved with Brij's wife seem out of touch.

That said, there are a lot of elements in the movie that shine. The scenes that involve pain and pleasure feel too real, such as the one where the protagonist is cheating on his wife. The way these uncomfortable scenes are shot is also commendable. This Netflix Original is perfect for viewers that love offbeat genres, considering it doesn't exactly fit in any of the traditional ones. The scenes that involve a conspiracy between police authorities and the judiciary brush close to reality, with none of the over-the-top drama that Bollywood is accustomed to. A fine example of this is the scene where Brij ends up confessing to his alternate identity under trial after succumbing to a hilariously framed (sarcasm intended) dialogue on morality by the judge. However, there are a lot of plot points that are way too conveniently placed to take the story forward.

Brij Mohan Amar Rahe's dark climax is perhaps the highlight of this otherwise distracted movie. It beautifully juxtaposes the court verdict against the fate of Brij Mohan after he escapes. The editing in that scene is excellent as the voiceover from the judge's verdict syncs perfectly with what happens to Brij Mohan and his bag of cash. This film is wacky in its essence. While the storyline has its weaknesses, the absurd humour and dark elements make it an interesting weekend watch.

However, neither is this your typical Bollywood routine nor is it an independent cinema lover's dream. It struggles to find a balance between the two and seems too predictable all along, barring the climax. Don't watch it expecting an emotional joyride or for intelligent comedy, instead watch it for the comic timing of Arjun Mathur and the stellar performance by Nidhi Singh as an over-the-top middle-class spouse.

Brij Mohan Amar Rahe is a big shift from the image that Netflix currently enjoys in India, one of big-budget productions. In 2018, the streaming giant has relied on big names such as Anurag Kashyap, Karan Johar, Zoya Akhtar, and the likes for Netflix Originals productions. This is the only independent movie that Netflix has picked up in India since 2016's Brahman Naman. It's good to see Netflix experimenting with different genres in India, with the Radhika Apte-starrer horror miniseries Ghoul releasing on August 24.