Assassin’s Creed Valhalla: Dawn of Ragnarök Review — Did it Need to be a DLC? 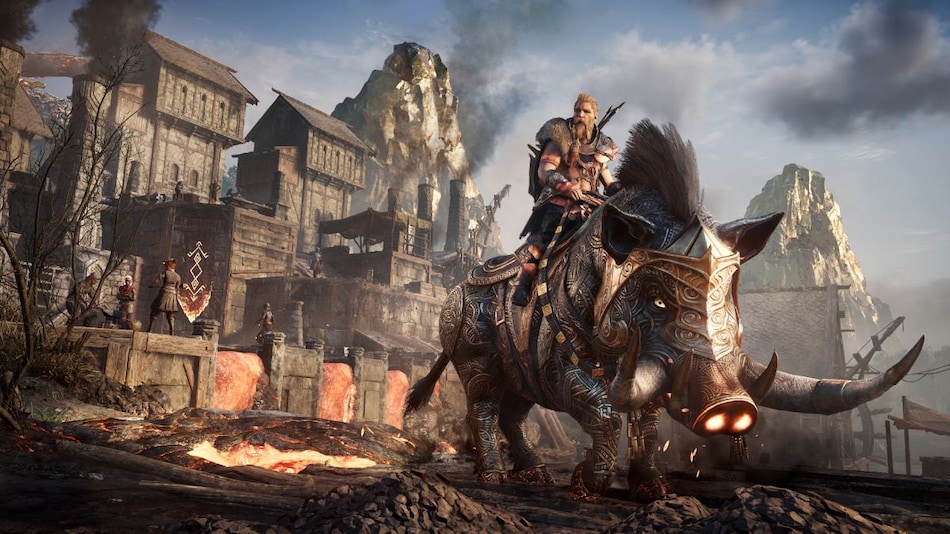 Assassin’s Creed Valhalla: Dawn of Ragnarök revolves around Havi as he trying to rescue his son Baldr

Assassin's Creed Valhalla: Dawn of Ragnarök is just another expansion pack, or is it? We'll get to that in a bit. At first glance, it does seem to be just a plain, boring expansion pack but once you start playing the game — sorry, expansion — you realise you're actually Havi-ng fun. Dawn of Ragnarök is the third expansion for Assassin's Creed Valhalla, and granted I haven't played the base game, the expansion kind of didn't seem that enticing to me in the beginning, until it did.

Dawn of Ragnarök is essentially a story about a father — Havi, or Odin — trying to rescue one of his sons, Baldr, from the clutches of the vile Surtr, the leader of the fire demons. Sounds like a cliche, right? Thankfully, only this bit of the new DLC's story felt uninspiring. The rest of the expansion pack seems quintessentially Assassin's Creed Valhalla but that's kind of obvious.

I am not going to talk about the storyline of Dawn of Ragnarök since many have already covered it in their reviews. What I am here to talk about is, can you play the game with no prior experience of Assassin's Creed Valhalla? A short answer would be: Yes, you can. For the longer version, read on. To be honest, there wouldn't be a point to introduce a DLC if new players can't enjoy it.

As I mentioned earlier, I haven't played Assassin's Creed Valhalla before this, so I thought of offering a perspective of someone who hasn't played the base game and decided to dive right into the DLC. Ubisoft advises that this expansion pack is for players who have somewhat completed the original story, but fret not, newbies like me can still enjoy the expansion pack.

Dawn of Ragnarök starts with a lot of back and forth between Havi and Frigg while they're trying to locate and rescue their son Baldr. There's a lot of walking and talking, and I must admit that the non-player characters (NPCs) in the game do need to get a turbo mode because they're extremely slow. Many times I found myself to be way ahead of the NPCs and ultimately had to turn back because the game couldn't process me being quicker.

However, things pick up as you are quickly greeted with a boss fight. After killing some Muspels, Havi and Frigg reach the palace where Surtr has captured Baldr. In order to free his son, Havi has to fight Surtr. Do note that if you're not used to playing Assassin's Creed or in general are not good at combat games, fighting Surtr might make you rage quit more than once.

According to my Xbox app, I have played the game for close to 20 hours — I know it's nearly not enough, but bear with me — and almost half of it went in trying to kill Surtr. I initially thought that fighting in the Vikingr (default) setting could give me a good perspective of the game. And I was partially correct, as it only gave me perspective of how I need to improve my one-on-one combat skills.

Once you pass the first boss fight, you're left to fend for yourself and find your son Baldr as Surtr kills Frigg after the fight. Havi roams around Svarfenheim trying to complete quests and gather wealth. It honestly feels a bit funny that as the biggest god in Norse mythology, Havi needs to go around the entire map looting his enemies along with random pots and chests.

Dawn of Ragnarök gives Havi a Hugr-Rip bracer that allows players to extract power from the fallen foes. Oh, you can also transform into a raven and zip around the map seamlessly, which was quite memorable. The only caveat is that you will only have 30 seconds before you will transform back, which also offered a fun challenge in trying to see how far you can reach as a raven before time runs out.

Alternatively, you can also extract a Muspel's power and temporarily become a fire demon yourself. It kind of works when you're too lazy to kill the Muspels and can just roam around incognito to reach your destination. Ubisoft has also hidden important items like keys, chests, and other loot items near lava so the Muspel power truly comes in handy here.

Another power allows you to temporarily resurrect dead enemies and having them fight alongside you. Honestly, this seems like the worst power to have, since you can't use this on the bosses. I didn't find it particularly useful since by the time I downed enough enemies to use this power, I had almost killed everyone else around me. That one time I did use it, the Muspel on my team was just so confused about who to fight, it made zero sense to the power.

Between all these powers of the Hugr-Rip, the Muspel fire demon power was constantly in my arsenal as honestly, you can't play the game without it. Dawn of Ragnarök also gives you enough chances to gain these powers again as you take out more enemies. The Hugr-Rip is designed in such a way that players can only store two powers at once. So, players will need to kill the respective enemy — the one that carries the said power — in order to gain it, but will have to replace the one of the two already stored.

Dawn of Ragnarök is more than just another expansion pack. Many would argue, and rightfully so, that you do need to at least play the base game before diving in to it, but I disagree. I barely played Assassin's Creed Valhalla and here I am telling you, it's not required.

The map is relatively huge for an expansion — I have yet to discover the whole of it with my 20 hours of gameplay — and there are so many side quests that it feels it can be its own game. I rarely felt that I should have played Assassin's Creed Valhalla as it kept me engrossed in the story. Yes, I agree that players starting their Valhalla journey may need some training to get a hang of the controls, and for that particular reason I feel Dawn of Ragnarök deserved its own title.