Apple launched the iPhone 14 series on September 7, during its ‘Far Out’ event. 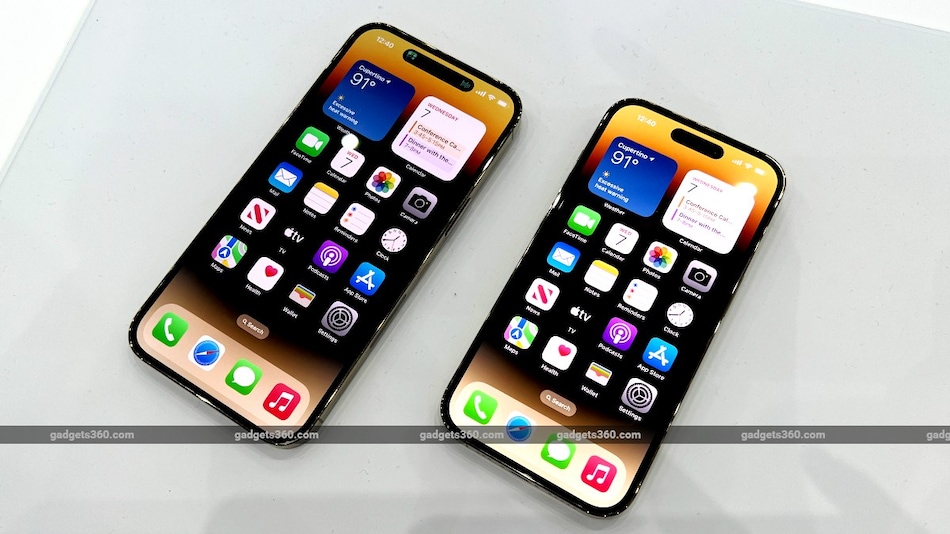 iPhone 14 Pro's always-on display (AoD) works with several applications, according to a reviewer. The AoD on the iPhone 14 Pro models just shows a dimly lit lock screen, instead of showing a Black background like on the Android smartphones. According to the reviewer, the iPhone 14 Pro's AoD works with the Maps application and the voice memo application. It is also said to work with the Apple TV Remote feature in the control centre. This is expected to offer better functionality even when the phone is locked.

Reviewer Brain Tong has shared his review of the iPhone 14 Pro via YouTube. In the video, Tong has highlighted some of the native Apple application that work with the new AoD on the iPhone 14 Pro models. The video suggests that the AoD on the newly launched smartphone from the Cupertino tech giant will allow users to directly access several applications including Maps and Voice Memos. It is said to also work during calls.

While using the Maps application, if a user decides to lock their iPhone 14 Pro, parts of the AoD will continue to show a dimmed version of the navigation. The top of the screen will show the distance left to the next turn, and at the bottom one can see the estimated time of arrival, as per the video. The Voice Memo app will continue to show the duration of recording, along with some other information on the AoD. It will also allow users to play, pause, or stop recording the voice memos. During calls, the top of the AoD will show users the caller ID of the person they are talking to.

Sofia Pitt, reviewer at CNBC, has also shared some information regarding the AoD feature on the iPhone 14 Pro models. Pitt said that the Apple TV Remote allowed her to play and pause the content she was viewing directly from the AoD screen. The dimly lit screen displays just the Apple TV Remote controls when the phone has been locked.