Motorola Edge 30 Pro is said to launch soon in the global markets with XT2201-4 as its internal model designation. 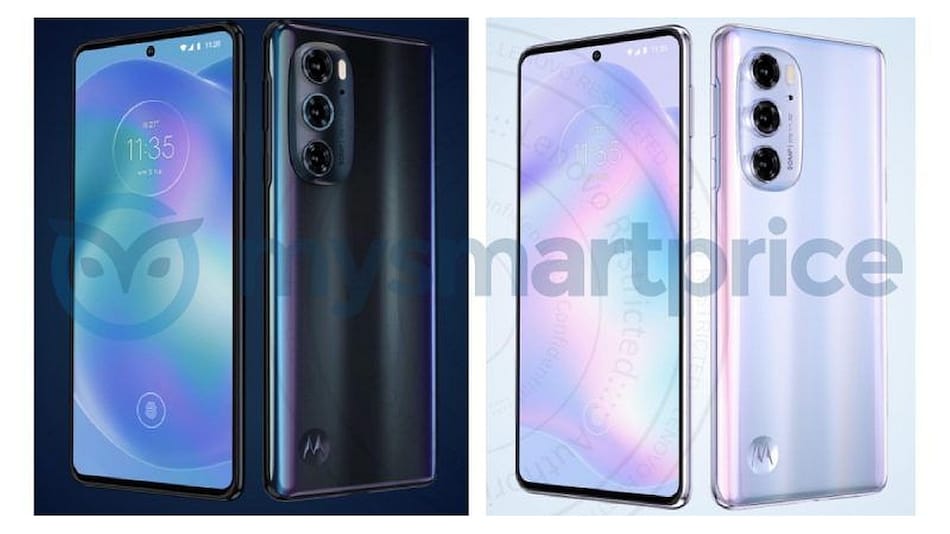 Tipster Sudhanshu (@Sudhanshu1414), along with MySmartPrice, shared renders and key specifications for Motorola Edge 30 Pro. As per the tipster, the upcoming Motorola smartphone is expected to launch soon in global markets with XT2201-4 as its internal model designation. Since there is no official confirmation, the information should be taken with a pinch of salt.

As per the report, the Motorola logo on Motorola Edge 30 Pro is now placed in line with the camera module at the bottom left corner of the back panel. The triple rear camera setup is placed in a similar position as Motorola Edge X30. Another difference on the upcoming smartphone is the fingerprint sensor. It is said to get an in-display fingerprint scanner as opposed to the side-mounted fingerprint scanner on the China-specific smartphone. The rest of the design of both smartphones is similar and the upcoming smartphone is said to launch in Black and Pearl White colour options.

Motorola Edge 30 Pro is shown to get a flat display with a centrally-placed hole-punch cutout for the selfie camera and thin bezels on all sides. The triple rear camera setup will be housed in a slightly oval-shaped module along with an LED flash. The power button and volume rocker are shown to be placed on the right spine, while the left spine is not visible in the renders.

As mentioned earlier, the specifications of both Motorola Edge 30 Pro and Motorola Edge X30 are said to be very similar. The former will reportedly sport a 6.7-inch full-HD+ POLED display with 144Hz refresh rate and HDR10+ support. Under the hood, it is said to be powered by Snapdragon 8 Gen 1 SoC paired with up to 12GB of RAM and run Android 12 with MyUX skin on top out-of-the-box.