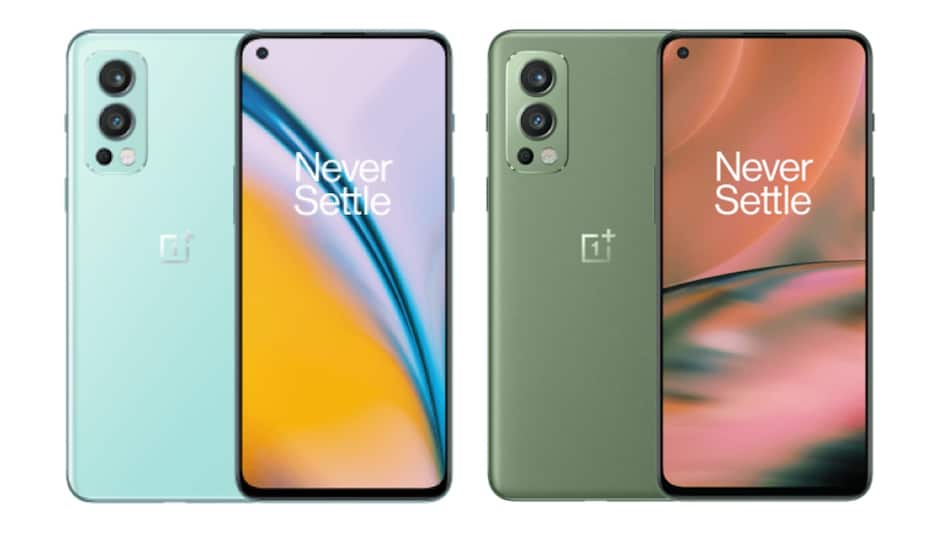 OnePlus Nord 2T, a new smartphone in the Nord series, has been tipped to arrive in India soon. Its alleged specifications have also surfaced online. The smartphone is tipped to come equipped with a MediaTek Dimensity 1300 SoC. The OnePlus phone will also reportedly include 80W fast charging support and a triple rear camera setup highlighted by a 50-megapixel primary sensor. The phone is said to be a mid-range device that is likely to have bumped-up specifications compared to the OnePlus Nord 2. The report also suggests that the OnePlus Nord 2T India launch could take place sometime in February.

As per a report by Digit, in collaboration with tipster Steve Hemmerstoffer (aka OnLeaks), the OnePlus 2T will run Android 12-based OxygenOS 12. The phone is said to feature a 6.43-inch full-HD+ (1,080x2,400 pixels) AMOLED display with a 90Hz refresh rate — just like the OnePlus Nord 2. The smartphone may or may not have a hole-punch cutout for the selfie camera, the report says. Under the hood, the smartphone is tipped to come with a MediaTek Dimensity 1300 SoC, which could be paired with up to 12GB of RAM.

In comparison, the OnePlus Nord 2 was launched with an octa-core MediaTek Dimensity 1200-AI SoC, paired with up to 12GB of LPDDR4x RAM.

For photography, the rumoured OnePlus 2T is said to feature a triple rear camera setup highlighted by a 50-megapixel primary sensor, an 8-megapixel sensor paired with an ultra-wide lens, and a 2-megapixel monochrome sensor. On the front, the smartphone is tipped to pack a 32-megapixel selfie camera. The rumoured camera setup is similar to that of the OnePlus Nord 2. However, there is no information on the lenses that will be accompanying these sensors.

OnePlus Nord 2T is said to get up to 256GB of storage and pack a 4,500mAh battery with 80W SuperVOOC fast wired charging support. The OnePlus Nord 2 also packs a 4,500mAh dual-cell battery, but it supports Warp Charge 65 fast charging.

As far as the launch of the new model is concerned, the report says that “OnePlus could launch a Nord phone in February”, suggesting it may or may not be the OnePlus Nord 2T.