OnePlus Nord CE 5G is also getting the June 2021 Android security patch with the update. 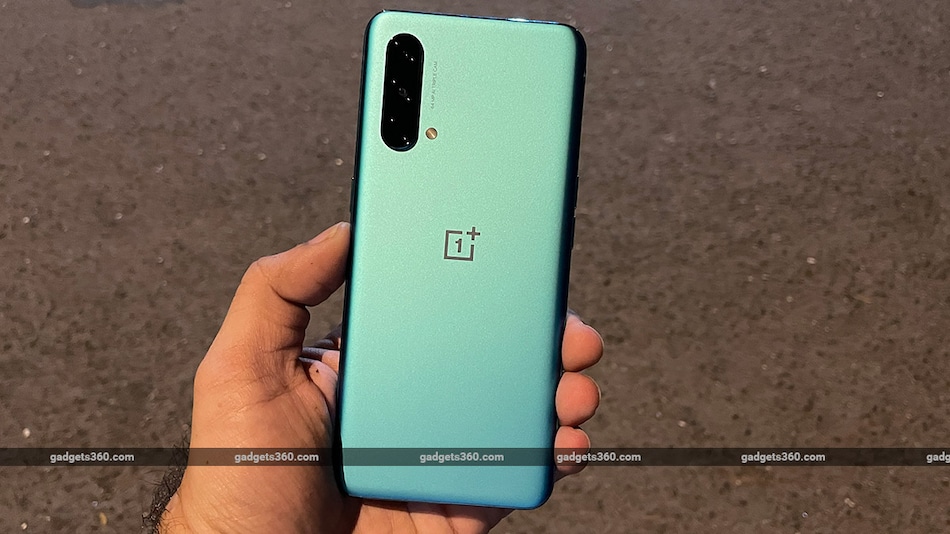 OnePlus Nord CE 5G is receiving the OxygenOS 11.0.4.4 update in India. The update brings some camera and system improvements to the budget smartphone from OnePlus. Bundled with the update is the June 2021 Android security patch. OnePlus Nord CE 5G was launched on June 10 and has since received two updates, both of which brought camera improvements to the smartphone. OnePlus generally rolls out its software updates in incremental phases, so one can expect the update to take a few weeks to reach all users.

The OnePlus Nord CE 5G OxygenOS 11.0.4.4 update was received by our review unit, and brings firmware version 11.0.4.4.EB13DA in India. In Europe and North America, the versions are 11.0.4.4.EB13AA and 11.0.4.4.EB13BA, respectively. The changelog details the OnePlus smartphone is getting some camera and system improvements. Camera updates include an improved front camera performance, reduced noise in the dark areas of Nightscape mode, and an optimised video call experience. System updates include an improved face unlock experience, improved charging speed, and improved system stability along with fixes for known issues.

The OxygenOS 11.0.4.4 update for the OnePlus Nord CE 5G also comes bundled with the June 2021 Android security patch with the firmware version OxygenOS 11.0.4.4EB13DA and the update is listed to be 172MB in size. It is advised to update the smartphone while it is connected to a strong Wi-Fi connection and is put on charge. OnePlus generally updates its smartphones in phases and it is expected that the update would arrive over-the-air in the next few weeks. However, users can manually check for the update by heading to Settings > System > System updates.

Launched last month running OxygenOS 11 based on Android 11, the OnePlus Nord CE 5G sports a 6.43-inch full-HD+ AMOLED display with 20:9 aspect ratio and 90Hz refresh rate. Under the hood, there is a Snapdragon 750G SoC that is paired with up to 12GB of RAM and up to 256GB of onboard storage. The smartphone packs a 4,500mAh battery with Warp Charge 30T Plus support.