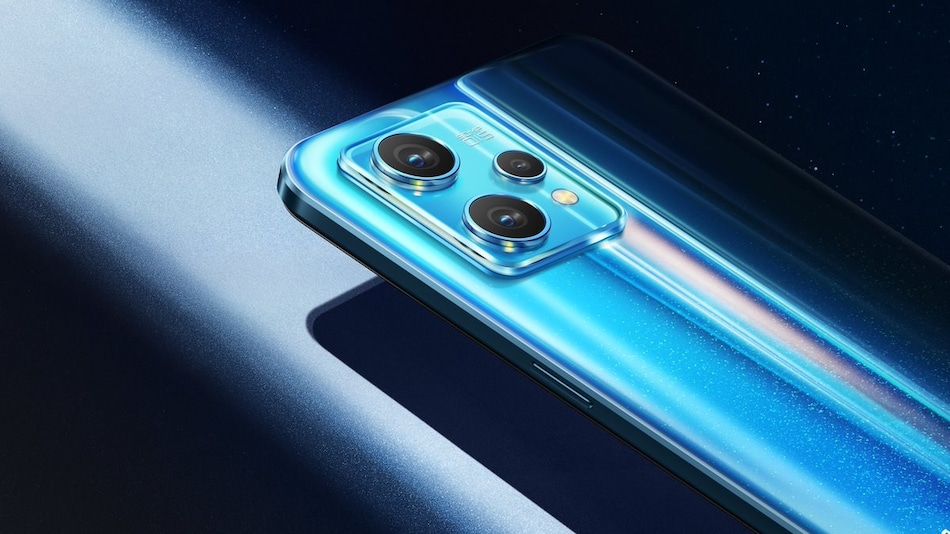 Realme 9 5G is said to be in the works. Realme is yet to make an announcement regarding Realme 9 5G's arrival, but the specifications of the handset have surfaced online. The upcoming Realme smartphone is said to pack a 90Hz refresh rate display and be powered by a MediaTek Dimensity 810 chipset. Further, it could feature a triple rear camera unit headlined by a 48-megapixel main sensor. The phone is said to be a part of the Realme 9 Pro series.

Known tipster Yogesh Brar (@heyitsyogesh) tweeted the key specifications of Realme 9 5G. According to the tipster, the upcoming Realme phone will run on Android 12 out-of-the-box and feature a 6.5-inch full-HD+ display with a 90Hz refresh rate. As mentioned, the handset is said to be powered by a MediaTek Dimensity 810 5G chipset paired with up to 8GB RAM and 128GB of storage. According to the tipster, Realme 9 5G will come in two RAM and storage configurations — 6GB RAM + 64GB storage and 8GB RAM + 128GB storage.

The triple rear camera unit of the smartphone is said to include a 48-megapixel main sensor along with a 2-megapixel depth sensor and a 2-megapixel macro sensor. For selfies, Realme 9 5G is tipped to feature a 16-megapixel shooter. Further, the handset is said to carry a stereo speaker unit and a side-mounted fingerprint sensor. Realme 9 5G will come with a 5,000mAh battery with 18W charging support, according to the tipster.

Realme 9 5G is rumoured to be a part of the Realme 9 Pro series. The lineup is confirmed to include Realme 9 Pro and Realme 9 Pro+. The India launch date of the series is set for February 16.