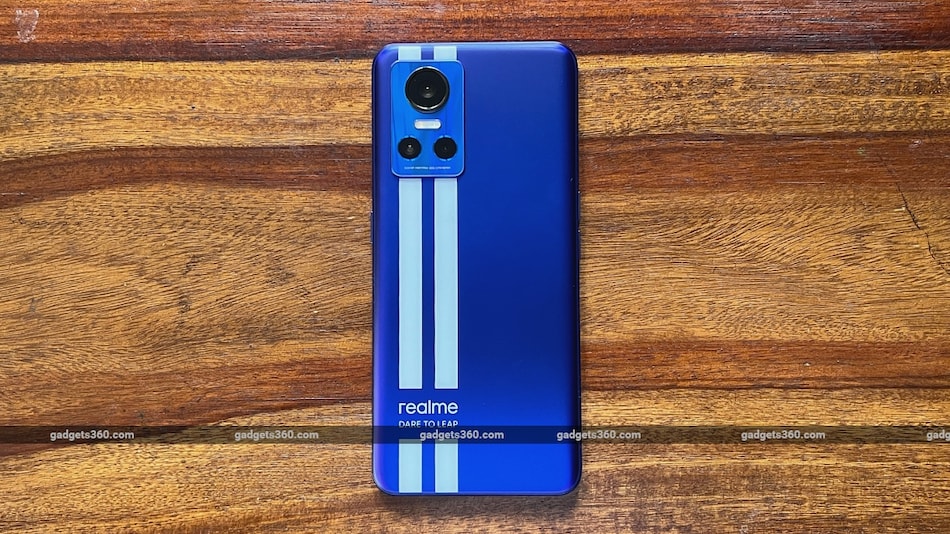 Realme GT Neo 4 specifications have been tipped, as per a report. The tipster shared the specifications of an unnamed phone, which is said to rival the Redmi K60. The tipster further said that the handset could sport a 1.5K+ resolution display with 120Hz refresh rate and 2,160Hz pulse-width modulation (PWM). The smartphone is tipped to pack an unspecified large battery with 100W fast charging support. Realme GT Neo 4 was recently spotted by another tipster on the company's official website in China and India.

Tipster Digital Chat Station has shared some key specifications of an unnamed rival of the Redmi K60 via the Chinese microblogging website Weibo. According to a report by GearTale, these specifications belong to the Relame GT Neo 4. The tipster said that the smartphone will be powered by a Qualcomm Snapdragon 8+ Gen 1 SoC.

The Realme GT Neo 4 could sport a 1.5K+ resolution flexible display with 120Hz refresh rate, 2,160Hz PWM, and eye protection support, according to the report citing the tipster. The handset is tipped to sport an unspecified large battery with 100W fast charging support. The company is yet to officially announce the specifications of the rumoured smartphone.

According to a recent report, the Realme GT Neo 4 was spotted by a tipster on company's official website in India and China. This suggested that the phone could debut in both the countries. The phone is expected to succeed the Realme GT Neo 3.

To recall, the Realme GT Neo 3 was launched in India in April. The smartphone sports a 6.7-inch display with 120Hz refresh rate, full-HD+ resolution, and 1,000Hz touch sampling rate. The phone also features HDR10+ support. It is powered by a MediaTek Dimensity 8100 5G SoC, paired with 12GB of LPDDR5 RAM and up to 256GB of UFS 3.1 inbuilt storage.

TikTok to Require Verification for Political Accounts, Bans Campaign Fundraising Ahead of US Midterm Elections