Samsung Galaxy A52 5G may come with a 120Hz refresh rate screen and an IP67 dust and water resistance. 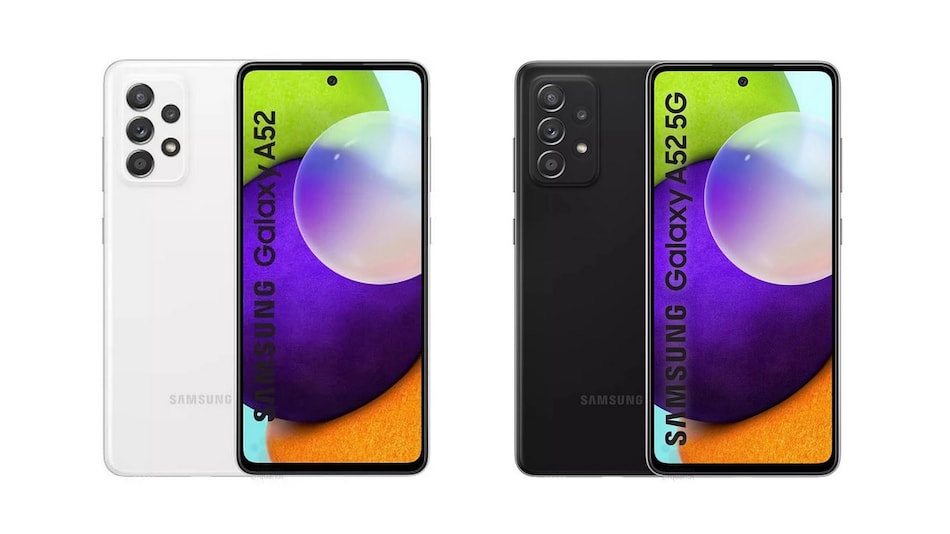 Samsung Galaxy A52 could have a quad rear camera setup

According to a report by WinFuture, the Samsung Galaxy A52 will be priced at EUR 349 (roughly Rs. 30,800) while the Samsung Galaxy A52 5G will be priced at EUR 429 (roughly Rs. 37,900). This will presumably be the pricing for the base models of the two phones and the exact configurations are currently unclear as Samsung has not shared any official information about the two phones. The report adds that the phones will be available in black, blue, lavender, and white colour options.

As for the launch, previous reports have stated the Samsung Galaxy A52 will be launched in the last week of March.

The Samsung Galaxy A52 and the Samsung Galaxy A52 5G have almost the same specifications with the exception of 5G connectivity for the latter. The phone, as per the report, is said to feature a 6.5-inch full-HD+ (1,080x2,400 pixels) Super AMOLED display with a hole-punch design. The 5G variant may have a high refresh rate panel as previously tipped.

Samsung may pack a 4,500mAh battery in both variants with support for 25W fast charging. There may be a microSD card slot for storage expansion, a 3.5mm headphone jack, and a USB Type-C port. The report also mentions the presence of an in-display fingerprint scanner. An IP67 dust and water resistance rating is also expected for the Samsung Galaxy A52 5G variant.

Pretty much all the details about the upcoming Samsung Galaxy A52 4G and its 5G variant have been leaked, but it should be noted that Samsung has not shared any official information on the two phones yet.