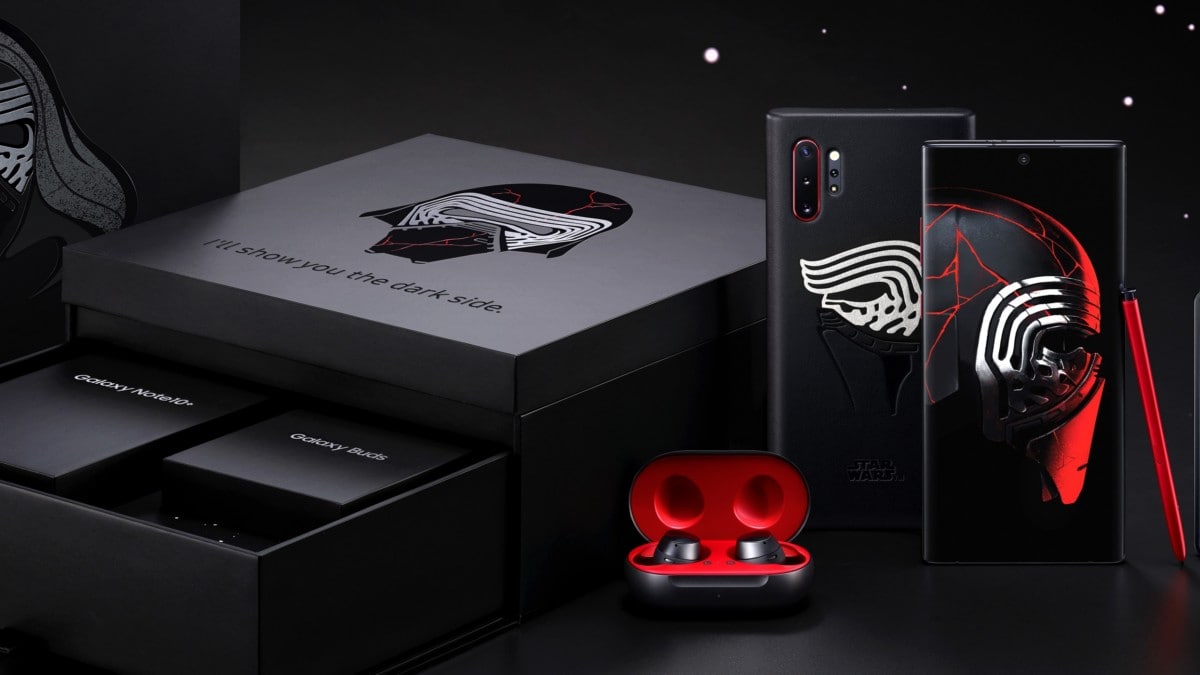 Samsung is next in line to launch a special Star Wars edition of a phone after OnePlus gave the same treatment to the OnePlus 5T a while ago. Ahead of the Star Wars: The Rise of Skywalker's release, Samsung has launched the Galaxy Note 10+ Star Wars Special Edition. The phone flaunts a stealthy black colour scheme with red accents and a contrasting S Pen to go with the whole dark side vibe. Yes, the Galaxy Note 10+ Star Wars Special Edition is for fans of the villainous faction in the Star Wars lore and bears the insignia of the First Order.

The Galaxy Note 10+ Star Wars Special Edition has been priced at $1,299 (roughly Rs. 93,500) for its unlocked version and it will be available in the United States from Amazon, select Best Buy and Microsoft stores, Samsung.com and the Samsung Experience Stores starting December 13. The phone will also make its way to Australia, Denmark, Finland, France, Germany, Hong Kong, Korea, Norway, Russia, Spain, Sweden, Turkey, UAE, and the UK.

Aside from the contrasting red and black colour scheme for the phone's design, plus the distinct First Order logo and Star Wars branding at the back, the Galaxy Note 10+ Star Wars Special Edition will come with custom digital content as well, such as exclusive Star Wars-themed wallpapers, shutdown animations, icons, and tunes. Additionally, the phone's retail package will include a custom case, a metal badge as a collector's paraphernalia, a red S Pen, and Galaxy Buds with a matching red and black case.

Samsung mentions that the Galaxy Note10+ Star Wars Edition will be available in limited quantities, which means those who are interested in buying the phone will have to line up to get their hands on this limited edition phone, aside from paying a small premium over the asking price of the regular Galaxy Note 10+. As for the film it commemorates, Star Wars: The Rise of Skywalker opens in theatres on December 20 in the United States as well as India, and will make its way to Disney+ next year.