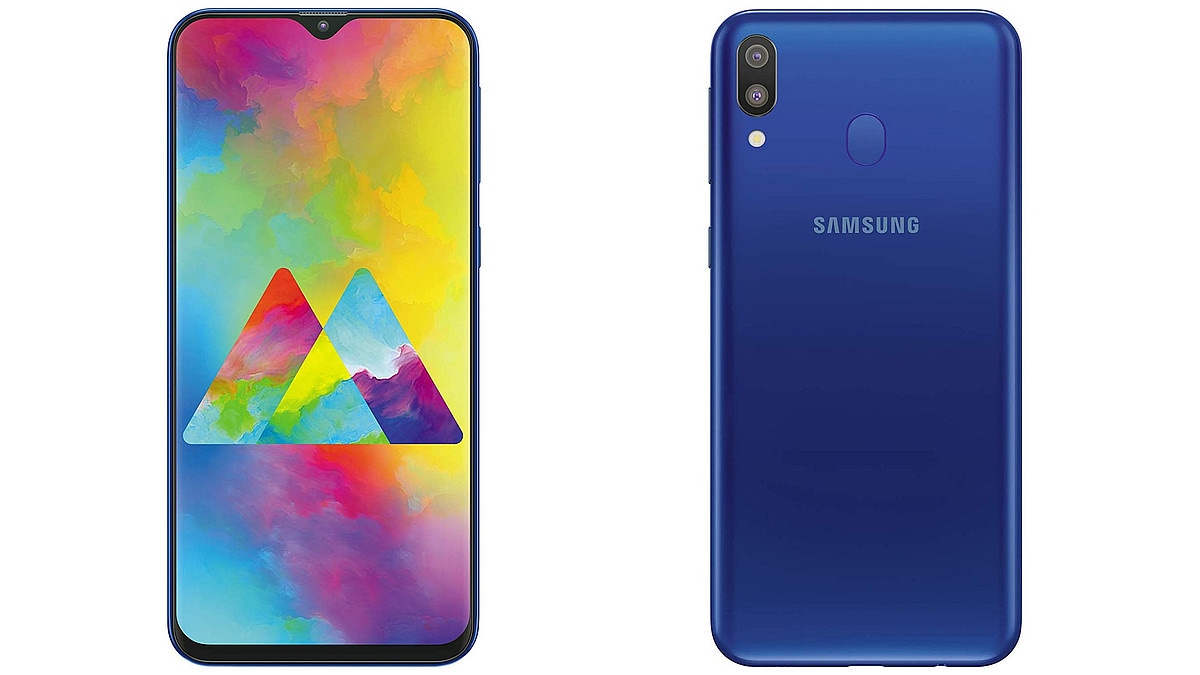 SamMobile was the first to spot the update, and we can also corroborate that both the Galaxy M10 and Galaxy M20 phones are receiving the update. The biggest change, as mentioned, is the jump from Samsung Experience v9.5 based on Android 8.1 Oreo to the more polished One UI v1.1 based on Android Pie. One UI moves the interactive elements to the bottom section of the screen and also introduces Night Mode for a more comfortable viewing experience. It also adds new notification control features such as the ability to reply to messages directly from the notification panel and image thumbnails in notifications.

The update also removes pre-installed apps such as LinkedIn and Mobile Office and introduces support for HEIF (High-Efficiency Image File) image format. Adaptive themes and new emojis for the Samsung Keyboard have arrived as well, alongside a floating keyboard. The Galaxy M20's camera app has received a new Scene Optimizer to automatically adjust the colour settings, while more editing tools have been added to the Gallery app. This new Scene Optimizer feature has not rolled out for Galaxy M10 users.

If you haven't received a notification regarding the update, we suggest you head over to Settings > Software Update to check for the update, and if there is one then click on Download updates manually. As you can see, the size of the update is rather big, so we recommend you download over a strong Wi-Fi connection. Users will also need to have at least 20 percent battery on their phone to trigger the installation process.