Samsung W23 and the Samsung W23 Flip are likely to come without ‘Galaxy' branding. 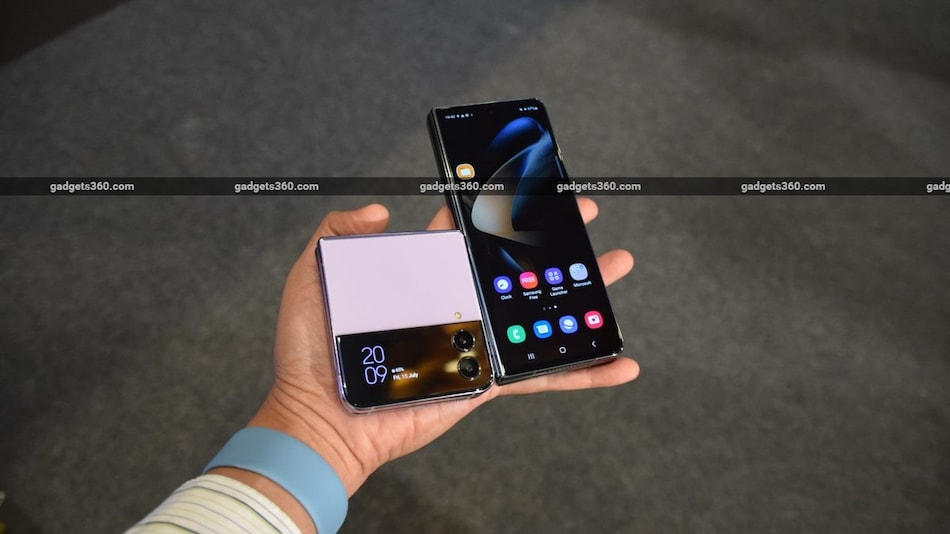 Samsung Galaxy Z Fold 4 and Galaxy Z Flip 4 were launched in India at the company's Galaxy Unpacked event last month. Now, as per a new leak, the South Korean smartphone maker is reportedly gearing up to introduce Samsung W23 and the Samsung W23 Flip in China as custom versions of the Galaxy Z Fold 4 and Galaxy Z Flip 4, respectively. The design of the Chinese variants could be quite similar to the models launched in India and they are likely to include some hardware-level tweaks to provide a different experience. The two foldable smartphones are likely to come without ‘Galaxy' branding and are said to feature 16GB of RAM. The Samsung W22 5G was launched in China in October last year with a couple of minor differences from the Galaxy Z Fold 3.

The foldable handsets are powered by Qualcomm's Snapdragon 8+ Gen 1 SoC and have Corning Gorilla Glass Victus Plus protection on display. Both the models run on Android 12-based OneUI 4.1.1 and feature side-mounted fingerprint sensors for authentication. Both Samsung Galaxy Z Fold 4 and Galaxy Z Flip 4 are IPX8 rated for water resistance.