Can a new design and some AI camera features hold off the competition? 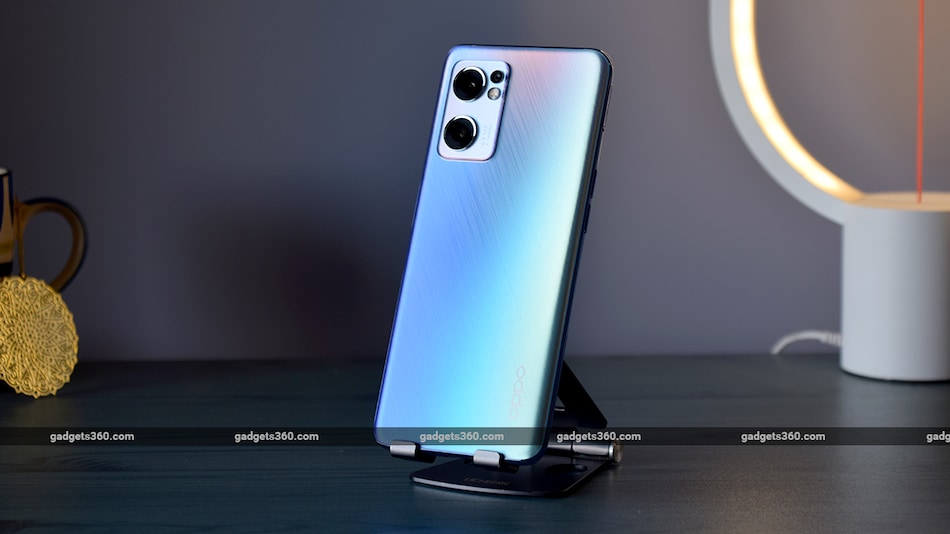 The Oppo Reno 6 is a very good smartphone that was launched with a slightly misguided price, and even nearly seven months after going on sale, it's still holding on to its launch price. This could change with the introduction of the Oppo Reno 7, the successor to the Reno 6. The Reno 7 gets a big design update, double the internal storage, and a larger battery compared to its predecessor. It also shares quite a few features with the Reno 7 Pro. Oppo has priced the Reno 7 at Rs. 28,999 in India, which is slightly lower than the Reno 6's launch price, but is this enough to help it fight the competition? I've spent some time with the retail unit and here are my first impressions.

Let's start with design, since this has always been one of the biggest highlights of the Reno series. The Oppo Reno 7 ditches the flattened aluminium frame of the Reno 6 for a more traditional rounded shape. This would have been fine had Oppo not used plastic instead of metal, which is a downgrade from the previous model. The glass back has curved sides and a new laser-etched finish. It looks very cool and does a good job of resisting fingerprints. The Reno 7 is lighter than the Reno 6 at 173g, but is also slightly thicker.

Apart form this, the Oppo Reno 7 has a larger 4,500mAh battery than the Reno 6's 4,300mAh one. It still supports 65W SuperVOOC fast charging, and the required charger is included in the box. A new feature which many will appreciate is the dedicated microSD card slot in the SIM tray, which was absent with the Reno 6. However, these seem to be the extent of the hardware upgrades, as everything else is either similar to or exactly the same as they were with the Oppo Reno 6.

The Oppo Reno 7 uses the same MediaTek Dimensity 900 SoC, which is accompanied by 8GB of RAM and 256GB of storage. This is a decently powerful SoC, as we've seen in the past, and supports a good number of 5G bands. The phone also has a 6.4-inch AMOLED display with a full-HD+ resolution and 90Hz refresh rate, just like its predecessor. Even the cameras are very similar to those of the previous model. There's a 32-megapixel selfie camera, and on the back of the phone you get a 64-megapixel main, 8-megapixel ultra-wide, and 2-megapixel macro cameras.

Oppo does say it has tweaked the camera features of the Reno 7. Capabilities such as AI Highlight Video and the Bokeh Flare Portrait filter are still present, but you can now adjust the aperture (electronically) in these modes for stills and videos. You can drop the aperture down all the way to f/0.95 for maximum background blur, which didn't look natural in my opinion, but could be handy if you wish to isolate your subject completely from the background.

The Oppo Reno 7 runs ColorOS 12 but this is still based on Android 11 and not Android 12. Oppo has begun releasing beta versions for some of its phones, but it's a little strange to not have a new model launch with the latest software. There's a new Omoji feature, similar to Apple's Memoji, which lets you create digital avatars of your face, but its use is limited.

The camera module on the Oppo Reno 7 has a new look, but the sensors are similar to the ones in the Reno 6
Photo Credit: Roydon Cerejo

The Oppo Reno 7 is not quite the upgrade I was hoping for, which makes me wonder how it will be able to hold its own in this very competitive segment. Rs. 28,999 is a better price than what the outgoing Reno 6 still sells for, but with barely any changes in hardware, this new model still trails competitors such as the Realme GT Master Edition (Review), OnePlus Nord 2 (Review) and Poco F3 GT (Review) in some key areas. Features such as stereo speakers are still missing, and it's disappointing that the SoC and cameras haven't changed since the previous model.

Oppo is really banking on design and AI camera features to set itself apart from the competition, but will that be enough? We should have a definite answer for you in the full review, so stay tuned to Gadgets 360.