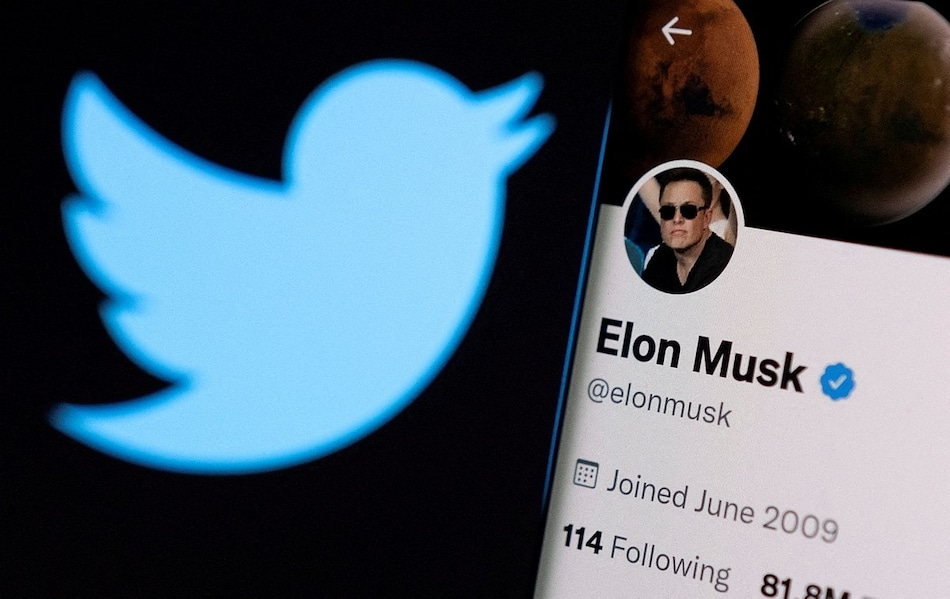 Elon Musk has found another reason to end his $44 billion (nearly Rs. 3,50,000 crore) takeover deal with Twitter. A latest report suggests that the billionaire sent a new termination letter to the social media company, adding the alleged payment made by Twitter to a whistleblower to the list of reasons for walking out of the deal. Musk reportedly accused the company of keeping him uninformed about the payment, which is said to be a multi-million dollar compensation. Twitter has rejected the claims, according to the report.

Elon Musk, head of SpaceX and Tesla, has written a termination letter to Twitter recently, according to AFP. The billionaire has added the alleged severance payment made by the firm to whistleblower Peiter Zatko as a new reason to put an end to the $44 billion deal, proposed in April, to buy the social media platform.

A few days ago, Musk's lawyer reportedly accused Twitter of paying whistleblower Peiter Zatko, Twitter's former Chief of Security, a sum of $7 million (roughly Rs. 56 crore) to not reveal details about the operational problems within the microblogging firm. Musk's attorney Alex Spiro made the claims during a hearing on Tuesday.

Musk's lawyers have argued that Twitter's failure to seek the SpaceX head's consent before paying Zatko makes for another legal basis to break the merger deal, according to the AFP report.

Meanwhile, Twitter has rejected all the claims made by Musk so far against the firm. The report quoted Twitter's attorney William Savitt as saying, “My friend seems to be arguing that Twitter should have gratuitously told Musk that there existed a disgruntled former employee who made various allegations that had been inquired upon and found to be without merit.”

Kathaleen McCormick, the chancellor of the Delaware court overseeing the Musk-Twitter case, has given her nod to Musk to add whistleblowing revelations from Zatko in his termination letter, as per AFP.