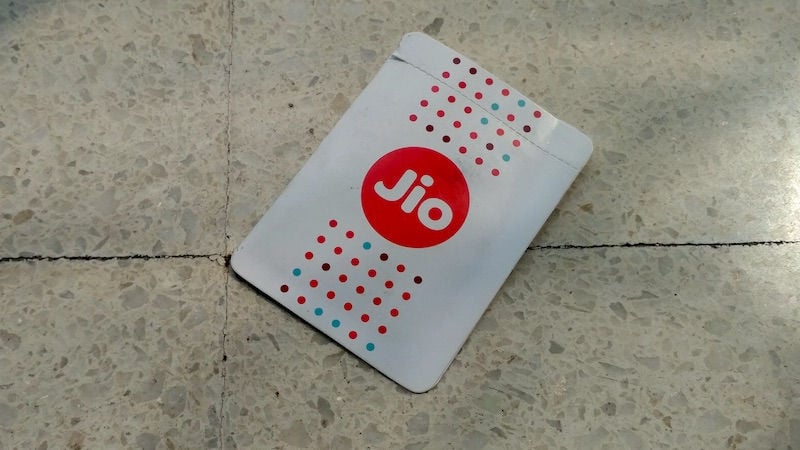 Welcome back to our weekly recap of the top news from the world of technology. This week, Reliance Jio is back in the headlines, thanks to its Happy New Year 2018 plans, of Rs. 199 and Rs. 299. Under these plans, you get 1.2GB and 2GB respectively of 4G data every day for 28 days, along with all the usual Jio add-ins, such as free voice calling, national roaming, SMS, and Jio apps access for Prime members. Aside from this, Jio also announced that it's Jio Triple Cashback offer, first announced in November, is being extended to December 25. Under this offer, subscribers who purchase recharges of Rs. 399 and above from MyJio or Jio.com site will get Rs. 400 cashback in the form of eight vouchers of Rs. 50. These vouchers can be used to deduct Rs. 50 while purchasing future recharge packs. There are also additional cashbacks for using the various mobile wallets to pay.

Apart from this, Reliance Jio also brought its JioTV app to the Web, at least for a little while. JioCinema, its Video on Demand service, has already been made available on the Web, and JioTV was also working on the Web on Monday. However, the site was replaced with an Under Construction sign within a day, so it's clearly still a work in progress. When it worked, you could sign in with your Jio account details, and watch live television, just like on the mobile app. Unlike JioTV, JioConema remains available on the Web.

Reliance Jio Apps: How They Stack Up 3 Months Later

Other telcos also rolled out new plans and offerings during the week. Vodafone has announced two new plans, for Rs. 409 and Rs. 459, which curiously enough offer unlimited 2G data. The Rs. 409 pack has a validity of 70 days, while the Rs. 459 plan comes with a validity of 84 days. Meanwhile, Airtel has a new plan for 3G and 4G users, which has 1-day validity. Under this pack, you get 1GB of data for 1 day, at Rs. 49. It's the first plan from Airtel under Rs. 50; however it's worth pointing out that Reliance Jio is offering 1GB data for 7 days, for Rs. 52. Idea also launched a new feature that it calls "validity accumulation", under which a pre-paid subscriber could pay for a long-validity pack now, but activate it later. This means you don't have to wait for a plan to expire before signing up to get the benefits of the next plan.

The Samsung Galaxy A8 (2018) and Samsung Galaxy A8+ (2018) were launched this week, and its price was revealed in Vietnam - the two new mid-range smartphones from Samsung feature an Infinity Display and IP68 water resistance, and both have dual-front facing cameras, a first for the company.

Meanwhile, you know how everyone always jokes that Apple slows down iPhones when it's time to launch a new model? Well… it turns out that there might be more truth to that than people realised - data from Geekbench showed that Apple does slow down iPhones with weak batteries, which is generally going to be older devices. Analysis of the scores of iPhone 6s devices running iOS 10.2.1 as opposed to iOS 10.2 show that there are now multiple points where scores cluster, below the single average point that was previously observed, and is typical of multiple tests running on the same device.

Later, Apple confirmed that it does slow down phones, adding that this was done to prevent unexpected shutdowns. According to the company, this "feature" was first released last year, and explained that it takes measures to reduce powers when a phone's battery is having trouble supplying the peak current that the processor demands. When an iPhone's processor makes a big current draw from a flagging battery, the battery can deliver the current in spikes that can potentially damage the phone's electronics. As a result, iPhones would suddenly shut down to protect the processor from being damaged by the power spikes. The sudden shutdown problem became widespread among iPhones in late 2016, forcing Apple to issue a software fix that had the net result of slowing the phone somewhat with an old, cold, or low-charged battery, the company said.

Xiaomi launched the Special Edition Red variant of the Mi A1 smartphone in India. Priced at at Rs. 13,999, the smartphone went on sale on Flipkart and Mi.com. Except for the new paint job, the variant has specifications identical to the original Mi A1 - it has a 5.5-inch full-HD display, an octa-core Snapdragon 625 SoC, 4GB RAM, 64GB storage, a 3080mAh battery, 5-megapixel front camera, and dual 12-megapixel rear cameras.

We also saw the launch of the 10.or D budget smartphone, launched in India under the Crafted for Amazon programme, which features products that are made for and designed in, India. The 10.or D price in India starts at Rs. 4,999 for the base model featuring 2GB of RAM/ 16GB inbuilt storage, and goes up to Rs. 5,999 for the 3GB RAM/ 32GB inbuilt storage variant, competing with the Xiaomi Redmi 5A. The phone has a 5.2-inch HD display, and a Snapdragon 425 SoC, along with 16GB storage. It has a 5-megapixel front and 13-megapixel rear camera setup, and a 3500mAh battery.

10.or D vs Xiaomi Redmi 5A: Specifications compared

There was also the "world's tiniest phone" on Kickstarter. The Zanco tiny T1, which has crossed its $33,445 (roughly Rs. 21.5 lakh) funding goal with 26 days to go, is about the same size - and weight - as a coin, and you can use it to send texts and make phone calls - but only on a 2G network. It has three days of standby battery, and 180 minutes talk time, and uses a nano-SIM.

Also, if you're on the lookout for a new phone, some good news as both Motorola and Pixel handsets got a price cut this week. First, the Moto G5S and Moto G5S Plus received a temporary price cut on Amazon. Then, Moto temporarily slashed the price of the Moto G5 in India for its Christmas sale. Other smartphones like the Moto M, Moto Z2 Play, Moto E4, and Moto C are also available at discounted prices. Google also announced new effective prices for the Pixel 2 and Pixel 2 XL in India, with special discounts and cashbacks for the holiday season. The Pixel 2 64GB is available for Rs. 41,999, while the 64GB variant of the Pixel 2 XL works out to Rs. 50,999.

On the other hand, new iPhones are going to be a little bit more expensive going forward. Days after the government announced its decision to hike import tax on mobile phones, video cameras, and televisions, Apple has updated prices across the entire iPhone range, except the iPhone SE. The average increase is only about 3.5 percent though - the iPhone 6 seeing the highest price increase in percentage terms (4.3 percent), while the 256GB iPhone 8 price has increased by 3.1 percent only, so it's unlikely, at least in the short term, to affect Apple's business in India.

The Nokia 9 specifications were leaked from the US FCC website ahead of the phone's expected January launch, and a render suggests that it will have thin bezels. The Nokia 9 was listed with 128GB of onboard storage, a 5.5-inch OLED display, Qualcomm Snapdragon 835 SoC, and a dual-camera setup, with 12-megapixel and 13-megapixel sensors. A 5-megapixel front camera, and a 3250mAh battery with fast charging were also listed.

We also got some more leaks about the upcoming Galaxy S9 and Galaxy S9+. Leaks showing the front and back panels of the phone were leaked which showed a design that's pretty similar to the Samsung Galaxy S8. Another report also suggest a bigger battery, and there are claims that the trial production will start in January. Meanwhile, a leaked HTML 5 test suggests that the phone will have an 18.5:9 aspect ratio - the same that the Galaxy S8, Galaxy S8+, Galaxy Note 8 feature right now. The test also showed that the phones will run Android 8.0 Oreo out of the box. More specs of the phone were tipped by Geekbench, which revealed an octa-core Qualcomm Snapdragon 845 SoC, and 6GB or RAM, and this leak also points to Android Oreo out of the box.

If you're a fan of Xiaomi's giant Max phablets, you'll be interested in a new Xiaomi Mi Max 3 leak saying that the device will have a 7-inch display. Rumours say that the phone will have a 5500mAh battery, which is slightly bigger than on the Mi Max 2, and it will have a bezel-less 18:9 aspect ratio display, which will allow for the larger screen size while still allowing for phone-like usage.

Aside from that, product images of Samsung's Galaxy J2 (2018) have surfaced online. The Samsung Galaxy J2 (2017) was announced in India in October this year, and sports a smaller 4.7-inch qHD Super AMOLED display. As per the leak, next year's model will sport a 5-inch display, and it will be powered by a 1.4GHz quad-core Qualcomm Snapdragon 425 SoC and 1.5GB RAM.

And finally, the volatility around Bitcoin continues, and it's starting to look like a really risky investment at this point. Researchers say that the blockchain technology behind it is more likely to survive to the future, while the SEBI chief said that the authorities are weighing how to regulate cryptocurrencies. If you've got money in Bitcoin - at least look into how to keep it secure, as yet another major Bitcoin exchange got hacked this week, and started bankruptcy proceedings.

Did Apple make a big mistake by not informing people about slowing down older iPhones due to battery wear? We discussed that on Orbital, our weekly technology podcast. You can listen to it via Apple Podcasts or RSS or just listen to this episode by hitting the play button below.