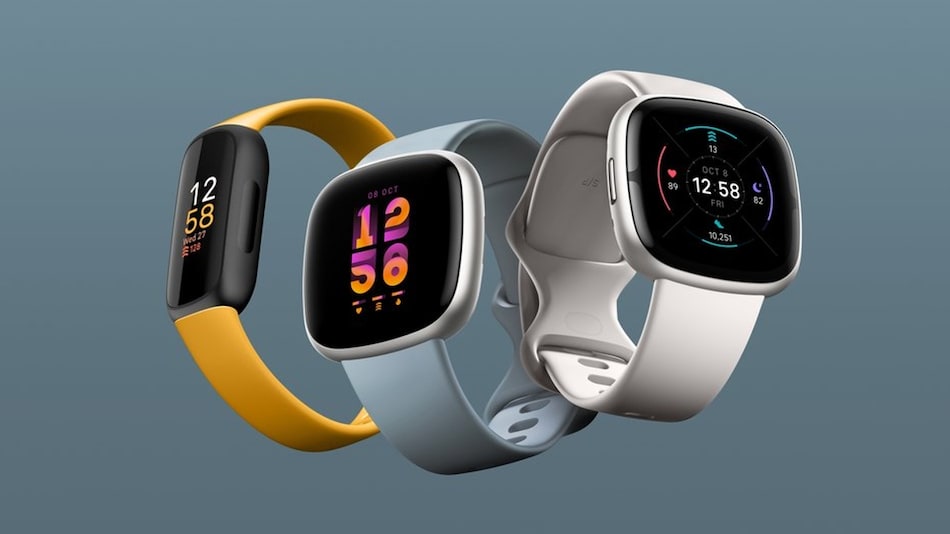 Fitbit Sense 2, Versa 4, and Inspire 3 wearables have been launched, featuring touchscreens and colour displays. Like the previous Fitbit models, the new devices pack several sensors that allow users to track data to maintain a healthy lifestyle. The Fitbit Sense 2 comes with an ECG app and PPG algorithm that can help detect heart issues such as atrial fibrillation. The Fitbit Versa 4 offers over 40 exercise modes and shows Daily Readiness Score. Both the Sense 2 and Versa 4 are said to offer up to 6 days of battery life, while Fitbit's entry-level tracker Inspire 3 is claimed to deliver up to 10 days of battery life.

While all three new fitness wearables are available for pre-order in the US, a much wider global release of the Inspire 3 will kick off in September. The Fitbit Sense 2 and Versa 4 will reach all global markets including India this fall.

Both Versa 4 and Sense 2 are compatible with both iOS and Android and offer extended app and text notifications, glanceable alerts, and smart replies on Android. The smartwatches will soon be compatible with Google Maps and Google Wallet. Further, there is Bluetooth calling support on the smartwatches that allow users to make and attend voice calls directly from their wrist. The wearables are water resistant up to 50 meters.

There is a Find My Phone feature on Fitbit Sense 2 and Versa 4 that lets users locate their misplaced phones. Both the models include inbuilt GPS and have a side-mounted button for navigation.

The Fitbit Sense 2 is powered by the new Fitbit OS and offers more than 100 watchfaces and users can save up to five favourite watchafaces. It also comes with inbuilt support for Amazon Alexa for voice commands-based control. The display of the smartwatch includes always-on support as well. The Sense 2 comes with a new Body Response sensor to track continuous electrodermal activity (cEDA)along with metrics including heart rate, heart rate variability and skin temperature. Based on the Body Response notification, the wearable will suggest different ways to manage stress. The company has used a technique to turn metal into vapour to integrate the metal electrodes of the other sensors available directly into the display glass of the device.

The Sense 2 also comes with an ECG app that can help detect heart issues such as atrial fibrillation. It features a blood oxygen saturation (SpO2) monitor and provides menstrual cycle tracking. The new smartwatch also packs a heart-rate tracker, a sleep tracker, and a steps counter.

The Fitbit Sense 2 and Versa 4 are said to offer up to six days of battery life on a single charge. They are claimed to offer up to a day's usage with just 12 minutes of charging.