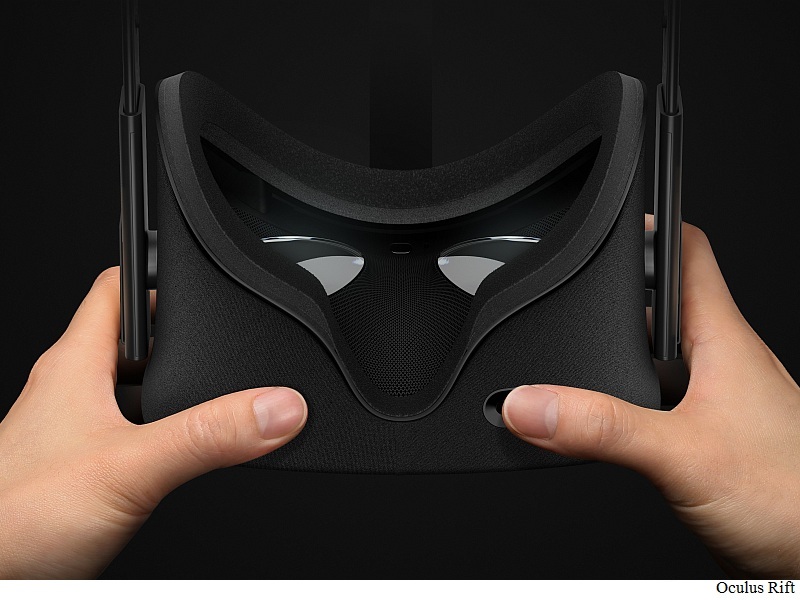 Rumours have been rife that Google has been working on a standalone VR headset that does not require an Android smartphone to power it, like the Gear VR or Google Cardboard do. The company was expected to showcase the VR headset at Google I/O, which kicks off next week, apart from showing enhancements in Android that make the platform more virtual reality friendly. Now, a new report is claiming access to fresh details about the standalone VR headset from Google.

In a series of tweets, tech journalism pioneer Peter Rojas made several claims about Google's rumoured standalone VR headset. The headset may be called Android VR, and will "definitely" be launched at "next week" (presumably at Google I/O). He added that the headset will be less powerful than the HTC Vive or Oculus Rift, but better than the Samsung Gear VR that's made in collaboration with Facebook-owned Oculus VR. It would run off hardware similar to a smartphone. Pricing is still unknown, and will of course be crucial in selling the product.

To note, is that these rumours are pointing to a standalone (completely independent of smartphone or PC), or at least untethered (wirelessly connected to smartphone or PC) headset, though Google is also said to be working on the next generation of Google Cardboard, which apart from better sensors, lenses, and casing, will also act as the reference design for VR headsets from other manufacturers. We will of course know more at the Google I/O developer conference next week.

Meanwhile last month Samsung, Google's biggest Android smartphone OEM, announced it was developing a standalone headset, one that will not require a smartphone or desktop to operate, and be fully wireless.

Google is definitely concentrating on VR, and we can expect to see improvements to Android to facilitate this vision announced at I/O next week. The company recently also created a new division dedicated to virtual reality.
Comments