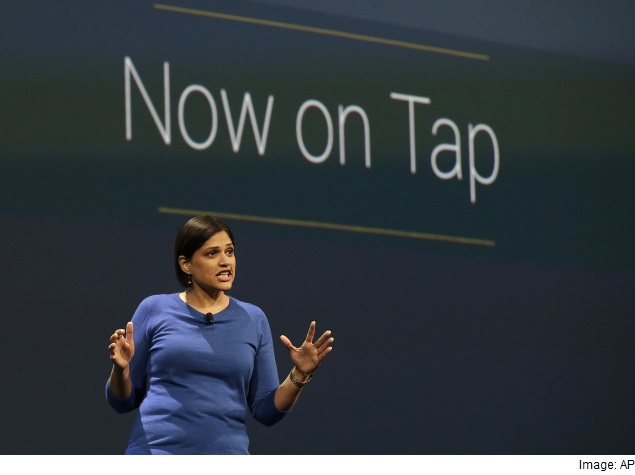 Google's updated Android mobile software seeks to make the smartphone smarter, while keeping the search titan relevant in a world where people rely on apps on the go.

At its annual Google developers conference Thursday, Google offered a preview of Android M, due for release later this year, with an upgraded version of "Google Now," the voice-activated assistant which competes with rivals like Apple's Siri and Microsoft's Cortana.

Google will take the software a step further by allowing users to activate the assistant software, even if they are using another application, to find relevant information on their phones.

"Your smartphone ought to be smarter," Google Now director Aparna Chennapragada said while demonstrating the new feature on-stage at the developers conference in San Francisco.

"Why can't it tell you to pick up the milk that your spouse text messaged you about?"

Google Now cards on smartphones already tap into calendars, emails and other information, with user permission, to do things such as remind people when to leave to catch flights or where they parked their cars.

"Now on Tap" would build on that capability, and allow it to be layered over third-party applications on Android smartphones.

Chennapragada demonstrated by playing a song using streaming music application Spotify, then asking aloud who was singing. Now on Tap responded by showing the artist along with online information about him and the band.

"You can get information instantly," Chennapragada said.

"The article you are reading, the music you are listening to, the key is understanding the context of the moment. You are able to get answers to quick questions."

"This helps Google at least as much as it helps developers," Greengart told AFP at the gathering.

"At the end of the day, it feeds into Google advertising. It may go through different funnels, but that is how Google makes money."