Batman/Bruce Wayne (Ben Affleck) is not sure about the consequences of the actions of Superman/Clark Kent (Henry Cavill). Gotham City’s hero thus takes on the modern-day savior, as the world figures out what kind of hero it really needs. With the two superheroes at war with one another, a new threat is around the corner, putting everyone at risk.

In Batman v Superman: Dawn of Justice, the two legendary superheroes come together for the first time on the big-screen. 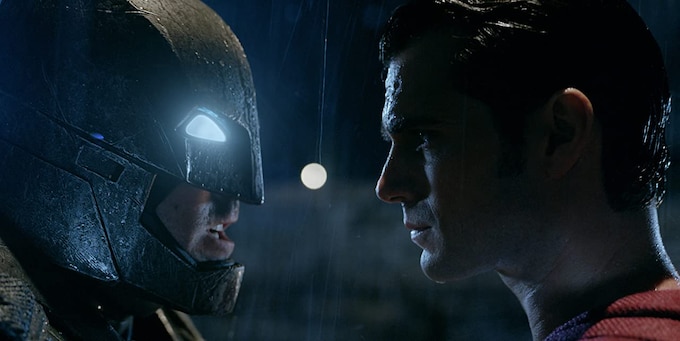 There's a lot to be said about Batman v Superman: Dawn of Justice, but the first thing that has to be addressed is the clear divide between critics and fans. Where the majority of reviews in the US have panned the film to oblivion, the audience reaction has been much more favourable. Now that the film is running in India too, we watched the movie and came away equally conflicted: the film is long to the point of being exhausting, it makes very little sense, and has some very real writing problems. Yet, it's also a visually stunning movie that gives you more action, done with more style, than you are prepared for, includes a couple of genuinely great individual performances, and is packed to the brim with fan-service for the devoted comic book lovers.