The foldable Apple iPhone screens in testing have a mostly invisible hinge with the electronics stationed behind the display. 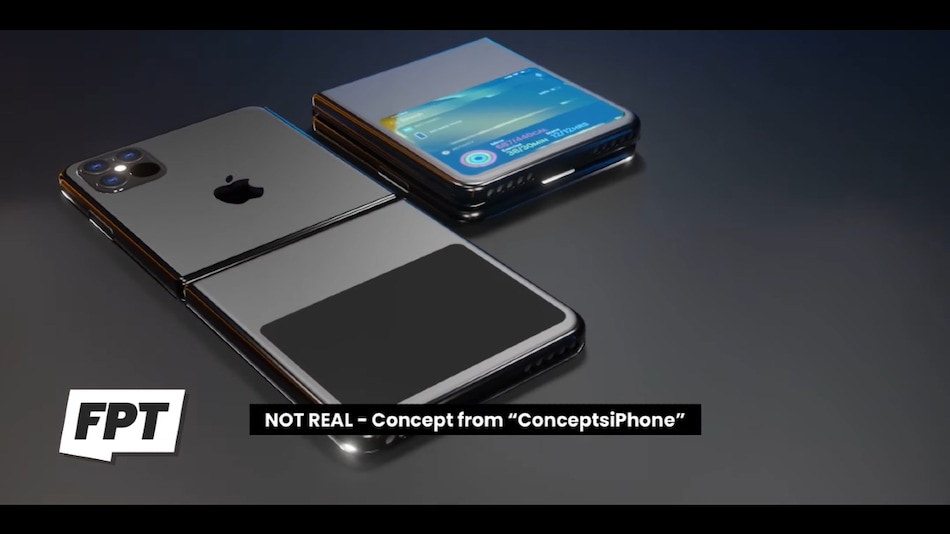 For its tablet line, Apple is planning a new iPad Pro

Apple has begun early work on an iPhone with a foldable screen, a potential rival to similar devices from Samsung Electronics Co. and others, though it's planning only minor changes for this year's iPhone line.

The Cupertino, California-based company has developed prototype foldable screens for internal testing, but hasn't solidified plans to actually launch a foldable iPhone. The development work hasn't expanded beyond a display, meaning Apple doesn't yet have full handset prototypes in its labs, according to a person familiar with the work, who asked not to be identified discussing private matters.

Like Samsung's Galaxy Fold, the Motorola Razr reboot and other offerings from Chinese companies including Huawei, a foldable iPhone would let Apple make a device with a larger screen in a more pocketable package. Apple has internally discussed a number of foldable screen sizes, including one that unfolds to a similar size as the 6.7-inch display on the iPhone 12 Pro Max. Current foldable phones have screens that are from 6 and 8 inches unfolded.

The foldable Apple screens in testing, like those from Samsung, have a mostly invisible hinge with the electronics stationed behind the display, the person said. Other companies, including Microsoft , have recently launched devices with visible hinges separating two distinct panels. An Apple spokeswoman declined to comment.

This would be a radical departure for Apple. Its pioneering touchable, all-screen smartphone is arguably the most successful consumer technology product in history, helping make Apple the world's most valuable company. However, a foldable iPhone is likely years away or ultimately may never be introduced. The company is currently focused on launching its next-generation flagship iPhones and iPads later this year.

Apple isn't planning major changes for this year's iPhone line given the enhancements made to the smartphone in 2020, including 5G and new designs, according to people familiar with the situation. Inside Apple, engineers consider the next iPhones another “S” version of the device, the nomenclature typically given to new iPhones with minor upgrades.

The Covid-19 pandemic has also complicated product development, with Apple hardware engineers only working at the company's Silicon Valley offices a few days a week and in limited numbers. That has meant offloading work to Apple's engineers in China.

Last year, the pandemic delayed the iPhone 12's release by several weeks, but Apple was able to still include nearly every intended feature except an accessory dubbed “AirTags” for locating physical items like backpacks and keys. The company now plans to launch that accessory this year, and it is planning multiple accessories for it including a leather keychain. Samsung announced a similar gizmo earlier this month.

Though overall changes will be minor, Apple is still testing a key upgrade for 2021: an in-screen fingerprint reader. This would add a new method for users to unlock their iPhone, going beyond a passcode and Face ID facial recognition. Apple started to move away from fingerprint sensors in 2017 with the launch of the iPhone X, but Touch ID has remained as a feature on Mac laptops and cheaper iPhones since then. Qualcomm Inc., which provides Apple with 5G modems, earlier this month announced a faster in-screen fingerprint sensor.

The feature would be convenient in an environment where users wear masks, which are often incompatible with facial recognition. An in-screen fingerprint reader, which has also been featured on Android phones for several years, could also be quicker than Face ID for some users. Apple won't remove its facial recognition scanner though as it's still useful for augmented reality and camera features.

For its tablet line, Apple is planning a new iPad Pro that looks similar to the current model but adds a MiniLED display and much faster processor. A thinner and lighter entry-level iPad that uses the same design as the 2019 iPad Air is also in the works.