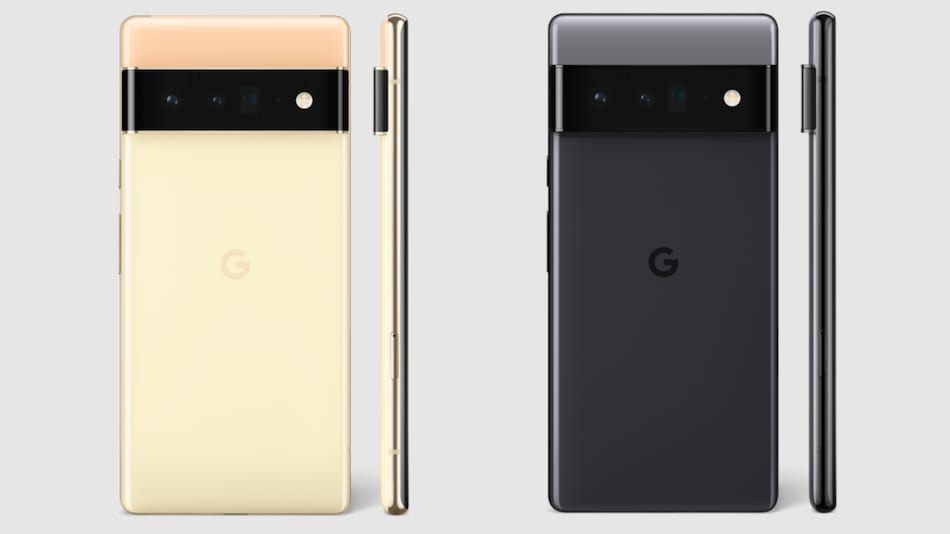 Google Pixel 6 and Google Pixel 6 Pro offer a low charging speed with peak power of 22W, tests have shown. The Pro variant juices up at a considerably slower speed as compared to Samsung Galaxy S21 Ultra when charged with Google 30W USB-C Charger with USB-PD 3.0 (PPS), as per a report. Both these phones have 5,000mAh battery capacity but the offering by the South Korean company draws more power to reduce the time needed to fully charge the smartphone. The report also claims that both Pixel 6 series smartphones offer an average of just 13W over a full cycle.

As per tests run and reported by Android Authority, Google Pixel 6 and Pixel 6 Pro can draw a maximum of 22W power when they are charged with Google 30W USB-C Charger with USB-PD 3.0 (PPS). The tests pitted Google Pixel 6 Pro against Samsung Galaxy S21 Ultra, which drew 25W power from the same charger. The tests also showed that Google Pixel Pro takes about 111 minutes to fully charge its 5,000mAh battery whereas Samsung Galaxy S21 Ultra fully juices up in 62 minutes — 49 minutes faster.

The report further talks about average power over full cycle. Google Pixel 6 Pro draws the peak 22W power until 50 percent charge is complete, taking about 31 minutes to juice up. This is in line with Google's claim of “up to 50 percent charge in 30 minutes with Google 30W USB-C Charger with USB-PD 3.0 (PPS),” Post 50 percent, the tests show that the Google phone draws 15W power at around 62 percent battery capacity, drops to 12W by 75 percent capacity, and hits 2.5W by the time the battery is full — averaging 13W over a full cycle. In comparison, Samsung Galaxy S21 Ultra pulls a peak power of 28W before reducing it at the 50 percent mark. Post 50 percent, the phone draws 20W power till 85 percent mark, and 6W for the last 15 percent, the report says.

Meanwhile, various media reports imply that Google Pixel 6 series support a maximum of up to 30W charging and the company might have done some misleading marketing in this respect. Gadgets 360 searched for this claim on Google's support page and Pixel 6 tech specifications page but couldn't find it. Google only claims that the Pixel 6 phones can be charged up to 50 percent in 30 minutes with Google 30W USB-C charger. We have reached out to Google for clarification. This report will be updated when we hear back.