Google's source code for the Pixel 7 series mentions “Felix” and “Lynx” phones that could be upcoming Pixel-branded phones, according to a developer. 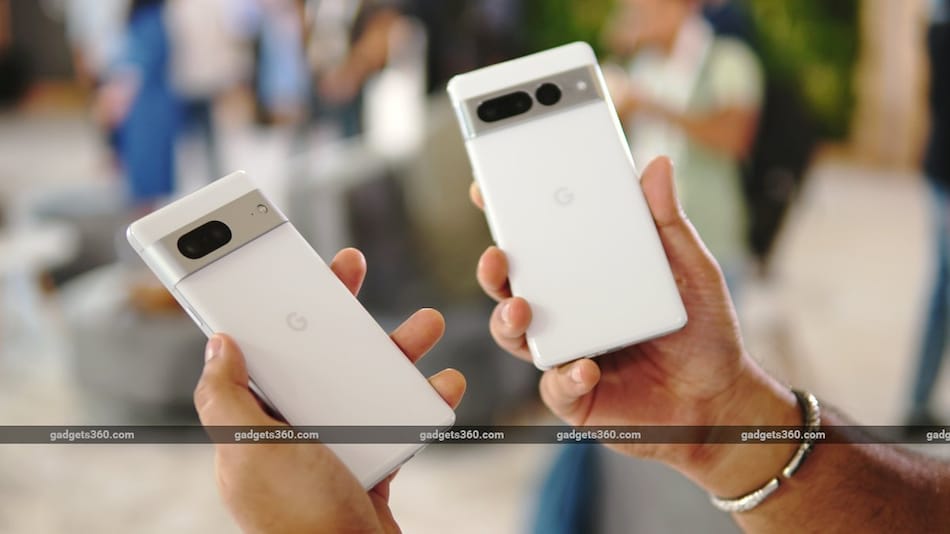 Google Pixel 7 Mini could be in the works and could make its debut as part of the recently launched Pixel 7 series, according to a developer. The company recently released the source code for the Pixel 7 series, and the code references two codenames for unreleased Pixel phones. According to developer Kuba Wojciechowski, the latest source code of the Pixel 7 series includes references to two upcoming devices, codenamed “Felix” and “Lynx” which may be references to a foldable and a version of the flagship smartphone with a smaller screen. "Felix” apparently refers to the long-rumoured Pixel Fold and “Lynx” may refer to a third Pixel device, which could be the alleged Pixel 7 Ultra or Pixel 7 Mini.

Developer Kuba Wojciechowski took to Twitter to reveal the codenames for two new Pixel-branded handsets in Google's source code. It is worth noting that the search giant is yet to officially confirm any additional devices in the Pixel 7 series. According to Wojciechowski, the recently released code suggests that the ultra-wide-angle and selfie cameras of the referenced “Lynx” will be equipped with Sony's IMX712 sensors. Moreover, the device will switch from the BCM4389 WiFi/Bluetooth chip used on the Pixel 6 and Pixel 7, to Qualcomm's WCN6740, according to the developer.

The display panel on the unconfirmed "Lynx" Pixel 7 devices will utilise the same 1080p display panel that was found on Pixel models with such as Pixel 6, Pixel 7, and Pixel 6a. However, the Pixel 7 Ultra is unlikely to feature a downgraded display as compared to the Pixel 7 Pro, considering that the "Ultra" moniker is generally used to signify top-end specifications and features, according to a report by Gizmochina.

Google Pixel 7 and Pixel 7 Pro were made available on sale in India on October 13 via Flipkart at Rs. 59,999 and Rs. Rs. 84,999. As an introductory offer, Google is offering cashback of Rs. 6,000 on the Pixel 7 and Rs. 8,500 cashback on the Pixel 7 Pro. However, there is no word on how long the introductory period will last. Flipkart is providing discounts for purchases using select bank cards. No-cost EMI options for the Pixel 7 on the e-commerce website start from Rs. 10,000 per month, while the no-cost EMI options for the Pro model start at Rs. 14,167 per month.

Is the Realme Pad the best budget tablet you can purchase under Rs. 20,000? We discuss this on Orbital, the Gadgets 360 podcast. Orbital is available on Spotify, Gaana, JioSaavn, Google Podcasts, Apple Podcasts, Amazon Music and wherever you get your podcasts.
Affiliate links may be automatically generated - see our ethics statement for details.