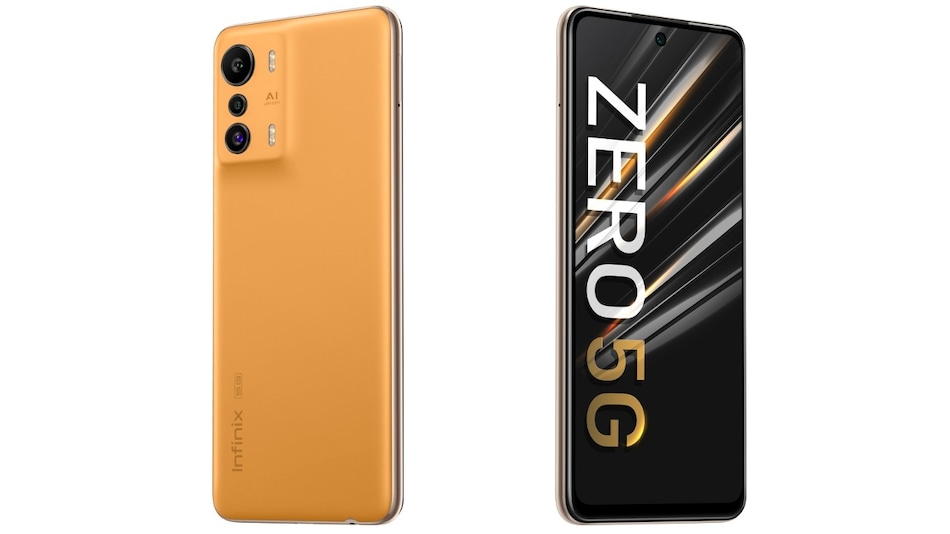 Infinix Zero 5G will get an update to Android 12 later this year, a brand executive announced on Wednesday. The Infinix phone was launched in India last week as the brand's first model to come with 5G connectivity. The smartphone comes with Android 11 with proprietary XOS 10 on top. The Infinix Zero 5G specifications include a 120Hz display, triple rear cameras, and 33W fast charging support. The phone also includes dual stereo speakers and comes with 8GB of RAM.

The India CEO of Infinix Anish Kapoor announced through a tweet that the Infinix Zero 5G will receive the Android 12 update in August.

Normally, Infinix does not reveal its Android update roadmaps publicly. The brand is also not known for bringing speedy software updates. The Zero 5G is, however, an exception as Infinix seems to attract customers through the new model that debuted as its first 5G phone.

Unlike Infinix, vendors including Vivo and Realme have started bringing Android 12 out-of-the-box on their new smartphones in the market. Companies such as OnePlus and Samsung have also started releasing the latest Android update for their models.

The Infinix Zero 5G comes with a price tag of Rs. 19,999 for the sole 8GB RAM + 128GB storage variant. The phone features Cosmic Black and Skylight Orange colours and is available through Flipkart.

The dual-SIM (Nano) Infinix Zero 5G comes with a 6.78-inch full-HD+ (1,080x2,460 pixels) IPS LTPS display with a 120Hz refresh rate. Under the hood, the phone has an octa-core MediaTek Dimensity 900 SoC, along with 8GB of LPDDR5 RAM. There is the triple rear camera setup that houses a 48-megapixel primary sensor with an f/1.79 lens. Further, the Infinix Zero 5G comes with a 16-megapixel selfie camera.

In terms of storage, the Infinix Zero 5G comes with 128GB of UFS 3.1 storage that supports expansion of up to 256GB via a microSD card. The phone comes with a series of connectivity options, including 5G, Wi-Fi 6, Bluetooth v5, and a USB Type-C port. There is also a side-mounted fingerprint sensor.