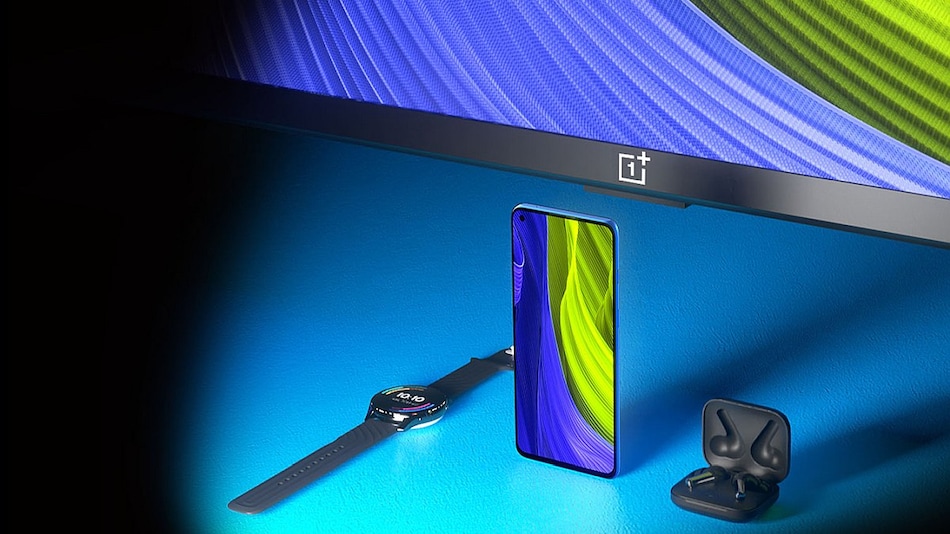 OnePlus Nord CE 2 5G is set to launch in India today, alongside the company's latest OnePlus TV Y1S and OnePlus TV Y1S Edge smart TV models. The upcoming smartphone will feature a MediaTek Dimensity 900 SoC under the hood, and will feature a triple camera setup, according to details shared by OnePlus. Meanwhile, the company is also expected to launch two new smart TV models in the country, as part of the company's affordable Y-Series smart TV lineup.

OnePlus will hold the virtual launch event for the OnePlus Nord CE 2 5G smartphone and OnePlus TV Y1S and OnePlus TV Y1S Edge smart TV models at 7pm today. The event will be livestreamed on the OnePlus India YouTube channel and on the company's website, and viewers will also be able to tune in to the launch live through the video embedded here.

OnePlus Nord CE 2 5G could begin at Rs. 23,999 for a base 6GB RAM + 128GB storage model, while an 8GB+128GB storage variant could be priced at Rs. 24,999, according to a recent report. The phone is tipped to launch in Bahama Blue and Grey Mirror colour options, and OnePlus recently teased the smartphone in the Bahama Blue colour variant on its Twitter account.

The company hasn't officially announced details of OnePlus Nord CE 2 5G pricing, and these details are expected to be announced during the official launch event.

OnePlus has already confirmed that the upcoming OnePlus Nord CE 2 5G will be powered by a MediaTek Dimensity SoC. The company hasn't revealed RAM and storage options for the OnePlus Nord CE 2 5G, but recent leaks tip the smartphone to launch with up to 8GB of RAM, sporting a 6.43-inch full-HD+ AMOLED display with a refresh rate of 90Hz, HDR 10+ support, and Corning Gorilla Glass protection. OnePlus has also revealed that the smartphone will feature a 3.5mm headphone jack, and come with dedicated microSD card slot (up to 1TB).

The company has shown off the rear design of the smartphone on Twitter, giving customers an idea of what to expect from the smartphone. From the images, it appears that OnePlus Nord CE 2 5G will feature a triple rear camera setup, and the company has confirmed it will feature a 64-megapixel triple camera setup. The handset is also said to come with a 16-megapixel selfie camera on the front. OnePlus has also confirmed that OnePlus Nord CE 2 5G will feature 65W SuperVOOC fast charging.