Samsung Galaxy A10 Getting Android 11-Based One UI 3.1 Update in India: Report 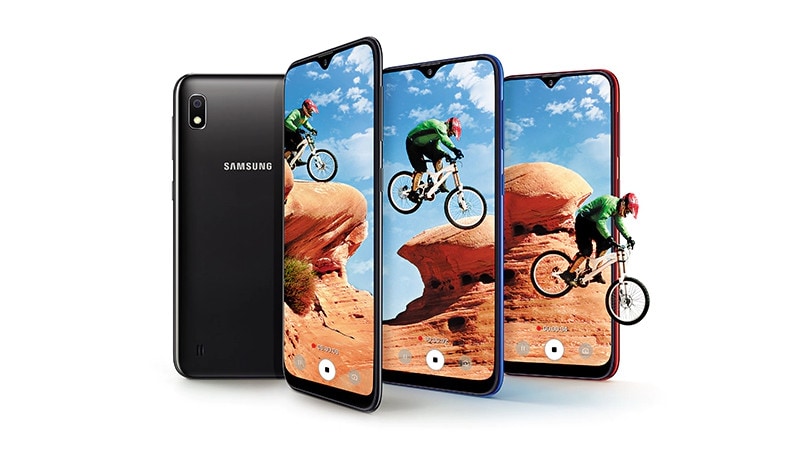 Samsung Galaxy A10 is reportedly getting a stable version of the Android 11-based One UI 3.1 update in India. The update is said to be bundled with the June 2021 Android security patch. Users will now be able to use features like Nearby Share, improved privacy tools, improved notification management, among a few others. Samsung Galaxy A10 was launched in India in March 2019 with Android 9 Pie out-of-the-box and subsequently received the Android 10-based One UI 2.0 update in April 2020.

As per a report by YTECHB, Samsung Galaxy A10 is receiving a stable version of the Android 11-based One UI 3.1 update. It brings many new features, bug fixes, and improvements to the Samsung smartphone. The detailed changelog isn't available as of now but a screenshot shared by a user (@Mdsarim) on Samsung's community forum gives an abridged update changelog.

As per the screenshot, Samsung Galaxy A10 gets a redesigned user interface (UI) for the home screen and the quick panel. The redesign is also said to "reduce distractions, highlight important information, and make your experience more consistent." There are also some performance improvements which is said to improve battery efficiency while making the apps run quicker. The update for the Samsung smartphone brings new privacy controls, one-time permissions, and enhanced Digital Wellbeing.

Samsung has bundled the June 2021 Android security patch with the update. The build number for the update is A105FDDU6CUH2 but there is no mention of the size of the update. Users are advised to update their Samsung Galaxy A10 while it is connected to a strong Wi-Fi connection and is put on charge.

As mentioned, the update is reportedly rolling out to users in India and can be expected to reach other markets soon. As it is being rolled out in a phased manner, the update should reach all eligible devices automatically over-the-air. However, keen users can manually check for the update by heading to Settings > Software update > Download and install.

Idris Elba Cast as Knuckles in Sonic the Hedgehog 2, Movie Due April 2022